Sam Gregory is coming soon to a theater near YOU 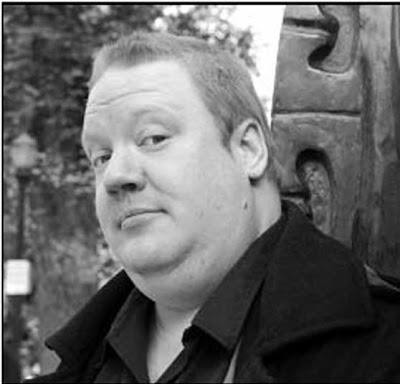 Beloved Portland playwriting icon William S. Gregory’s latest play, Necessity, is in the midst of a week’s rehearsal at Portland Center Stage — a workshop that culminates this Saturday with a public reading, as part of JAW: A Playwrights Festival. Here’s what the playwright has to say about the upcoming event.


Sam, a lot of people here associate your writing with elegance, crackling wit, smart badinage. Not necessarily the visceral. Would you say that Necessity is a departure from what you usually explore in writing?

Thank you for asking this, Mead. Necessity is set in the rural American South in 1919. This is an aural culture that places a premium on skill in what we might call linguistic performance: the sermon, the storyteller, the gossip. A good performance in any of these was judged on elegance in delivery, elements of wit and humor, and a passionate need to communicate. The visceral, passionate language found in Necessity, salted with humor, is a natural outgrowth of my body of work.


What was the play’s impetus?

I was inspired to write Necessity by my desire to create theater of tremendous power that has a visceral effect on the audience. Theater today must be astounding: hit the heights of human experience, plumb the depths of our souls and situations. I looked to the Greeks and to the glorious and terrible experience of Americans in the First World War as fertile ground for stories and situations of extreme passion that can move and touch the audience.


Contemporary political correctness dictates that white people don’t get to write about people of color. And unwritten guidelines for producibility suggest that writers craft small-cast scripts. Did you have qualms about flying in the face of both these notions?

I thought on these very things for quite a while. Eventually I realized I had no choice. This play was in my head begging to come out and for my own sanity I needed to put secondary considerations aside and write it. There are times when the muse speaks and the artist must create or risk losing his connection to art.

Sam Gregory is kicking my ass... in a great way at JAW. I hope all of your readers will come see this show.

Hi Mead--did you get my Facebook message? I haven't seen anything in my email inbox. If you're having trouble with that address, you can try contactmyrlin@gmail.com instead. Thanks!

Mme. Hermes, I'm writing you right now!! Thanks for the alternate address! BTW, Wordstock has a booth at the Theater Fair today (which takes place before, during and after Sam's reading), so if you're coming by, please say hello!

How would I go about producing one of Mr. Gregory's plays?

Amarillo, I will be happy to inform Sam of your interest, and I'm sure he'll be in touch. Thanks!