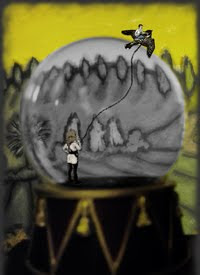 Charise Castro Smith’s amazing new play BoomCrackleFly opens tomorrow at Miracle Theater Group — and what an opening it will be. Ms. Smith’s here in town for occasion, and she was able to answer a few questions between rehearsals.

SO. First off: I love your script, and I love the wild, reckless sensibility that informs it. It’s going to be amazing to see how Miracle manages to stage it – people bobbing in a world covered with water, for instance. Would you say you believe your first responsibility, as a writer, is to your poetic vision, without regard to staging concerns? And that it’s up to the director to figure out how to realize that vision?

This is one of the first questions people usually ask after reading this play — how do you think they will stage the magical huge stuff? I think one of the great things about theater is the fact that if an actor stands on stage and says something is true, then at that moment it's true. It's the huge imaginative possibility of theater to call all sorts of things into being with language. If you think about some of the things that happen in Shakespeare's plays: forests moving from one place to another, ghosts, battles, tempests...I just try to listen to the characters as I'm writing and trust that the actor's and director will make it happen. And I think that Olga and the actors at Milagro are doing a really amazing job of just that. 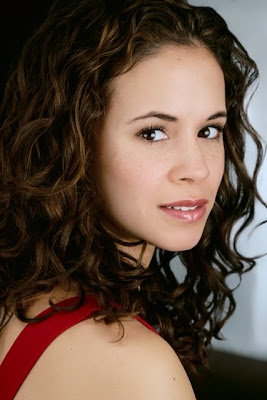 Your work holds all kinds of contradictions in suspension; it’s hallucinatory, yet also tremendously vivid. Who would you say are your literary influences?

I've been a lifelong serious reader of just about anything I could get my hands on. One first aha moments with a play was sitting on the floor of the public library when I was thirteen or so and reading Jose Rivera's Marisol and just watching this whole new world open up in front of me. Then about a year later I read Angels in America and was totally blown away too. With Boomcracklefly I sort of had Thornton Wilder's The Skin of our Teeth bouncing around in my mind. It's one of my favorite plays.

Hemingway appears in this play – is he an influence? Why does he appear in the play to the two sisters? Why Hemingway, I mean, and not Dante or Kushner or Sappho?

I grew up in Miami, and my family and I would sometimes drive down to Key West for the weekend. There's a whole culture of street performers there -- jugglers and clowns and people who get together and put on little shows by the water at sunset every night. So I think that's were the acrobat sisters came from. And then Hemingway is also such a huge figure in Key West. The house he lived in there is a museum now- and there's this little studio in the back where he had his office and wrote. He's sort of a local celebrity there. He's also interesting to me because he's such a big historical macho man and yet he writes some of his female characters with such tenderness. Catherine in A Farewell to Arms just breaks my heart.

What are you working on now?

I'm working on a couple of different plays right now. One is about the life and adventures of a little girl spy during the Cuban Missile Crisis. Another is about the last couple months of Queen Isabella's life. And also writing a couple of other shorter plays and some cool projects as an actor in New York.
Posted by Mead at 3/24/2011 12:46:00 PM

Thanks for sharing. We will try to fit it into our schedule. Looking forward to it.