The Evildoers arrive in Portland! 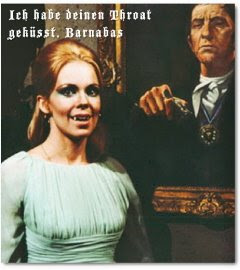 proudly presents a concert reading of

THE EVILDOERS
A new play by David Adjmi

Admission is free, but RSVPs are appreciated
Please call Megan Ward at (503) 445-3845 or e-mail meganw@pcs.org
to reserve your seat

Described by one critic as “a culmination of the last four centuries of theater,” The Evildoers runs the gamut of theatrical forms from Jacobean tragedy to drawing-room comedy. Not for the faint of heart, Adjmi’s Carol and Jerry and Martin and Judy make Albee’s George and Martha look like Sunday School teachers. Be forewarned: the only thing nastier than their tart tongues and their violent actions is their politics.

DAVID ADJMI’s plays include Strange Attractors, The Evildoers, Elective Affinities, Marie Antoinette and Caligula. David’s work has been developed and produced at the Sundance Theatre Lab, Manhattan Theatre Club, NYTW, Lincoln Center and Portland Center Stage’s JAW Festival, among others. He is the recipient of numerous awards and fellowships including a McKnight Fellowship, the Marian Seldes-Garson Kanin Award, a Jerome Fellowship, a Helen Merrill Award, an Ovid Grant for New Writing, a Lecomte du Nouy Award, a Cherry Lane Theatre Fellowship, as well as multiple fellowships from The MacDowell Colony and Ucross Foundation.
Posted by Mead at 3/26/2008 09:07:00 PM

The rehearsal went so so well today. OMG David is an amazing writer. (and if you are reading David...well done you.)

I can't wait until Saturday. The actors are amazing. This script is a work out, but they are such professionals. Leif, Stephanie, Ted, and Val are fantastic. The characters are so evil, yet so so funny!

I love this reading series. (I know I'm sorta partial but WHATEVER!)

"I have kissed your throat, Barnabas." --Translation from the German quote on the picture.

Although in German, "Throat" should read as "Hals." Just, you know... concerned with accuracy. :-)

"But what does an evil old recluse do? Just sit and be evil? Very difficult, unless one is an adept at evil and a made man, got all the medals." -- William S. Burroughs--

And just for the record, we had an outstanding time this Saturday with David's wild hallucination of a play. Much as I love the script, I had to be cajoled into the reading because I didn't think it could be pulled off in concert form. As it turned out, the cast was so astonishing that I ached to produce the play just to give these actors free rein.

The reading has inspired some of the most incisive commentary (via email) we've had so far with Now Hear This. Not everyone "liked" the play, in the sense of it being a pleasurable experience, yet everyone has appreciated and even admired it, if that makes sense. I believe we're only beginning to see what David Adjmi can accomplish with live performance.

Mead -- I love the pic as well..so glad the reading went ok! I'm sorry I wasn't there to witness all the devilry ;))

Bummed that I didn't get to see this. It's the ones that you don't necessarily "like," but that you feel intensely for, in any number of ways, that tend to speak most movingly for me. Where's my cadre of telepathic, identity-melded clones when I need them, dammit?