What Portland Oregon Doesn’t Want You To Know 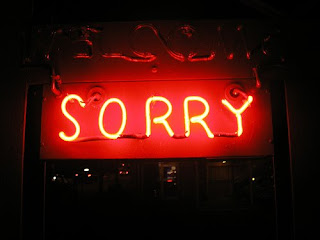 Since two different colleagues have recently accused me of civic boosterism, it’s time I confessed that there is one thing about my adopted home town that drives me barking mad. And that is – well, driving. Portland has the worst drivers of any town I’ve ever lived in. And I developed motorist survival skills in Manhattan, Los Angeles and San Francisco (where I learned to drive a stick, can you imagine?). Three notorious snake pits of automobile dystopia. Driving L.A.’s freeways always reminded me of being tossed into a pinball machine. But you know what? People in those places all knew how to drive. They had to.

Not so in Portland, where you can tell from the plethora narrow streets that the town anticipated the town having heavy traffic. Many residential streets are barely wide enough for two lanes, and a ten-mile drive here is often considered too far to travel. This is part of Portland’s charm, I admit it; but its corollary is a gobsmackingly high percentage of motorists who can barely manage to keep their cars on the road.

People just plain drive slower here – which wouldn’t be a bad thing, necessarily, except that the slowness pervades more than just driving speed. You see it frequently at stop lights, where some people go into a trance of sorts while waiting for green light to turn to red. Here is the sequence:

Many Portlanders (not all, but I do mean many) have no concept of right of way. Perhaps Driver’s Ed isn’t taught in high schools here, I don’t know, but confusion reigns in just about any situation where a right-of-way protocol should exist. The most hilarious exemplar of this is the four-way stop. Here are a few reactions to it that I see every single day:

The person on the right has the right away if s/he’s anywhere in sight. Never mind that s/he’s nowhere near the intersection yet.
Opposing traffic is supposed to wait till you’re nearly across the intersection and then go, thus doubling the wait for the people on the left and right.
Every driver should examine the faces of the others to see if they feel strongly about going first.
Once you’ve determined that it’s your turn, look for oncoming traffic and wait till it has come to a full stop, just in case it doesn’t understand that it has a stop sign.

Things really go to hell when someone needs to turn left at a four-way stop. In L.A., the accepted custom was that if you’re turning left, you ease into the intersection while the opposing traffic goes by, then make your turn. Try that in Portland and panic ensues; people will think you intend to hit them.

In fact, stop signs in general flummox Portlanders. God help you in pedestrian-heavy districts like the Pearl, because – no exaggeration here – about a third of drivers there sail thoughtlessly through stop signs. Another third of them come to a dead stop at intersections where there is no stop sign; then they sit there blankly wondering why pedestrians are staring at them. Thankfully the remaining 1/3 of drivers actually look to see whether there’s a sign or not and act accordingly.

The comedy goes on and on. Many drivers here do not know they can right on a red light, and will sit blankly at a light with no other drivers in sight. And then, yes, as aforesaid, when the light finally changes these same people will usually look both ways and then consider making the turn before finally up and actually executing it.

Finally – this is not an irritation, more like a mere quirk. But apparently there’s an unwritten law in Portland that states you’re supposed to use your windshield wipers as seldom as possible. Here we are in a wet climate, but unless the rain is blindingly torrential, there’s this reluctance to use the wipers more than intermittently. How come? Maybe they’re afraid to wear them out? I don’t know.

And I’m just getting warmed up. I could go on and on and on….but I’ll spare you. Just remember if you come to visit and you’re renting a car, be prepared to take your time getting into town. I assure you everybody else is!
Posted by Mead at 3/24/2008 11:22:00 PM

Heyyyyy, is this a sly way to get lots of comments? OK, I'll bite.

This Portland habit bugs me: "I'm going to turn and I want the far lane way over there, so, now I'm going to hold up all the traffic behind me until not one but two lanes are clear in the cross street, and I will have them both to myself." People should get ticketed for that kind of thing.

My other gripe is that many drivers are unaware, and it has consequences for the rest of us, about the legal left turn on red. It turns out that in most places in Oregon, a left turn on red from a two-way to one-way street is legal (after coming to a complete stop, waiting for pedestrians to cross, etc. etc.). Could we put up some kind of station at the border to make sure all entering drivers get this?

OK, thank you! I feel so much better now! I had no idea today would bring me this opportunity to gripe. It just goes to show you -- you just never know. :-D

O, I know. The only person I have ever seen execute this maneuver here is....me. I've come to love the shocked looks on people's face when I do it. It's a small compensation, but it's all mine. Evidently. And yours!

Yup, it's all true. A German would commit suicide after experiencing driving here.

It took me a number of years after moving here to sloooooow down. Now I am that guy at the intersection, starting to think about pulling out, but not necessarily ready to commit to it today.

My own fave in this area, which I have personally experienced twice and have heard others mention, is when the lead car at a light fails to move when the light turns green - and no one beeps.

The entire line sits there as the light stays green, while the lead driver does whatever, then the ligh turns back to red. No one moves, no one honks. Everyone is happy. In New York they honk to go when the light is still red! I think the local mind set is: "That's ok, there's tons of greens. We'll get the next one."

The slow around town stuff doesn't bother me, but the "Oregon block" on the highway definitely does. That's when two cars get side by side at about 55 mph and just sit there, totally blocking any passing aspirations. It can go on for miles. Again, no one seems to mind or even notice what a sever violation of driving protocol this is. Try that in Europe and you would have an enormous BMW 6 inches from your bumper flashing its lights and beeping its horn.

The age old rule of the road: Get out of the way. They should teach this in driver's ed here. If you are not actively passing someone, get in the right lane.

Other Oregon motoring observations. Do not use your horn. Ever. If you hear a horn, it's not an Oregonian.

Yes, but interestingly enough, though Oregon drivers are maddenly courteous to one another, you try to cross a street as a pedestrian, even when you have the light, and someone wants to turn, man, suddenly it's Deathrace 2000. I'm still expecting, one of these days, someone to get greased on Washington and Broadway.

I even prefer driving in DC to driving in Portland. Sure, you'll see some diplomat's Town Car teetering on top of a fire hydrant or a taxi will cut across six lanes of traffic to pick up a lost tourist, but most folks understand basic concepts like right of way. Grrrr.

What delights and gratifies me about your responses is that you ALL mention things I originally put in my post and then deleted because my jeremiad was already too long. So thanks!

And hey, what's with the no turn signals thing??

Guys... dudes... like, chill with the agressive driving complaints, huh? You're totally harshing my buzz!

Yeah, we're pretty laid back here. It's tempting to make an assumption as to why so many Portland drivers linger, unsure of themselves, at the green light... one might even say a little "paranoid" that something bad might happen... ya know, that might get the po-po involved...

But really, what I'm hearing is "People are a lot more agressive in other cities/ states/ towns. What the hell is the matter with these idiots in Portland?" It is definitely a paradigm shift - the laid-back nature of the town is reflected in its driving habits (however annoying they may be). :)

Thank you, Mead. Steph and I have a weekly harangue about drivers here. We moved here from Manhattan where we drove all the time and it's much more nerve-wracking driving in Portland. It's not so much about being more aggressive in New York than here, it's about being aware of your surroundings so that you can actually be conscious of how traffic flows and then play your little part in the dance of the 2-ton monsters. People here live in their own little bubble and don't take into consideration that there are others around them that need to get places too. I swear, Viewpoints training should be a requirement for getting your driver's license in Portland.

I think Scott & Steph have got this characterized accurately. I just remembered another scenario: In a reasonably-sized car I pull up to a red light in the r.h. lane. I plan to turn right when the cross traffic allows it. Someone in a big SUV pulls up to the same light in the l.h. lane. Then -- in a stunning display of their lack of interest in their effect on other people in this tiny world we all must share -- they edge forward! Thinking what exactly? I no longer can see the cross traffic anymore. This is an unnecessary, avoidable hassle.

I'm amused, col...the very same thing happened to me Sunday. I was like, uh, dude, why are you halfway through the crosswalk? So I edged forward to see around him...and the car in the left-hand turn lane drifted forward, blocking my view. I just laughed and gave up. The guy behind me was probably going: why doesn't he turn? He has a free right....