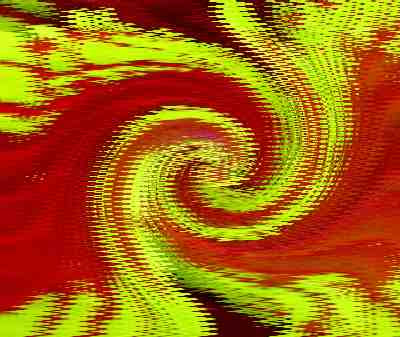 Going on the assumption that there is nothing so absorbing for one’s acquaintances as the enumeration of [one’s own] medical idiopathies……allow me to tell to fill you in on My Lost Weekend. Were I in the mood for jollity, I’d paraphrase Douglas Carter Beane by saying that it has only been a long walk up a steep hill with a cross. But to be more prosaic about it: the past two days have been one long headache.

Yep. For those of us who suffer for severe migraines, life can indeed be like a Ray Milland movie, only without all the entertaining cocktails. No, it’s more akin to a long, long hangover without any wild adventures to boast of.

Some at least get collateral phenomenon to enliven matters – auras, flashes of light, even hallucination. So I’m told. Not me. For moi-meme, it’s just constant torture – one minute subdued, the next suddenly acute, and back and forth ad nauseum. The Latin reference is literal, by the by. The most thrilling part of my lost weekend has been the vomiting. It’s something I looked forward to eagerly, simply because it tends to be followed by a period of lassitude, during which I can at least slip into an oblivious twilight reminiscent of rest.

Equally literal is the reference to The Lost Weekend, since migraine episodes almost always happen to me on the weekends! How come? There are theories, naturally, including this one:

Those migraineurs who experience "weekend" headaches or headaches precipitated by oversleeping should try to awaken at the same time on weekends as they do during the week and to maintain a regular sleep pattern throughout the entire week. Moreover, it is essential for the migraine sufferer to get enough sleep, as fatigue can provoke a headache. In fact, fatigue is one of the most common triggers of migraine headaches.

Then too there’s the belief that if you’re used to overstimulating yourself during the work week with caffeine, a sudden weekend dearth of caffeine can lead to abrupt vasodilation and a " withdrawal" headache.

And there’s the theory that I both prefer and believe, which states that people who have a stressful work week they successfully resist are in for punishment the moment they relax. It’s a rebound headache, essentially – you force your body to power through the crises du jour, and it exacts its revenge when you finally let your guard down.

I am sorry to learn this. My sympathy!

My sympathies, Mr. Mead. No matter how much you want to crawl into a cave, there is no place dark enough or quiet enough to escape the pain. But O, what catharsis when you puke!

I hope you're feeling better.

Sounds less like Ray Milland's "Lost Weekend" and more like his "The Man with the X-Ray Eyes"...the end of the movie rather than the party where you can see through everyone's clothes.

Sympathies, sir. Back in the 90s, during a period of rather high stress, I experienced what my doctor explained were "eye migranes." I still don't know what exactly that means, but the effect was like a little spinning circle in the middle of my vision accompanied by a painful throb behind the eyeball. The first time it happened, it was like: "Jesus God, a detached retina. For the rest of my life, I'll be wearing a patch like James Joyce. Or Shuhe the Pirate."

Anyway, that little taste was enough to make me emphathize with full-blown migrainers everywhere. Sorry your weekend was, in fact, not lost but unforgettable.

P.S.: I later found out my eye migraines were triggered not by stress but by MSG. So no MSG with my pupus, please.

Have you tried acupuncture for your migraines? It works very well, doesn't have any side effects and doesn't hurt (seriously). You should find a good acupuncturist in your area. I've helped enough people become migraine-free that I think it's something every migraine sufferer should consider.

Mead, I'm so sorry. I have had many friends with migraines over the years, and I get them every once in a while.

Some may ridicule such techniques, but have you ever tried non-traditional therapies like Reiki? Back when I was still doing some work as a Reiki practitioner, I had some very good results with migraine sufferers. And I admit I am of the belief that at the core of all disease is something on the more spiritual/psychological realm.

Hey, this is great. Who knew that listing my symptoms would gain so much sympathy? Hmmmm ... symptoms... sympathy ... there's a William Safire article in the making.

Many people have suggested that I try acupuncture for the migraines, and I haven't taken their advice because of a horrific experience years ago, with a traditional Chinese practitioner, that was straight out of Woody Allen's Alice. Except that I didn't disappear. And neither did my headaches. But so many have gotten relief this way that I intend to try it again with a Western practitioner.

And Reiki is an intriguing idea, Matt -- never thought of that. I'll look into it. Thank you.

So you had a lost weekend due to a migraine, huh? I'm afraid I'm going to have to trump your lost weekend with a lost week do to an emergency hernia operation last Sunday evening (okay, 4 am Monday to be precise). 7 days at OHSU with even with the good drugs... ain't worth it man...

Damn, when will I learn to stop being so damned competitive?

Hope you came through the other side. I too suffer from Migraines. Mine are the ice pick through the eyeball kind... ah joy.

Last week on Culture Shock (http://cultureshockpdx.blogspot.com/), I posted a link to poet Michael Rosen's site. He's the UK's "Children's Laureate," and his site includes a few dozen videos in which he reads his short poems for children. The link below goes to his 18-second piece "The Headache." My wife, another migraine sufferer, appreciated its sentiments.

Man, when I did a stint in rehab (for bipolar disorder and over-eating, both well under control now for a long time, thank you), they took away caffeine. Inmates--I mean, er, patients--were then addicted to Tylenol for a good seven days. Holy God, the head aches.