Happy Birthday to ME 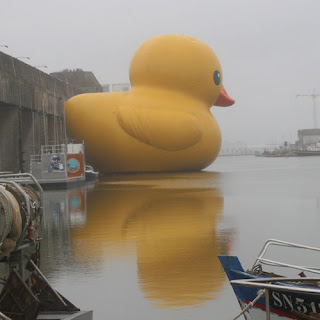 In the interests of astronomical accuracy, my real solar return is still six days away. (I’ll be 74, thank you – one year younger than last time round!) The above-captioned milestone I refer to is actually the blog’s. Because at some point this morning, its site meter passed 10,000 visitors and slogged on to the current tally of 1,008. I have to love that number because it’s divisible by the number of prime numbers below – obviously!

As you might surmise, John Cage is the bodhisattva of the day, since I have nothing to say and I am saying it. Nevertheless and howsoever, I am astonished to have that many entities viewing this blog in the space of 18 months, especially since for the first third of that I only posted once every other month. So thank you, whoever you are, for checking in with me once in awhile.

To mark the occasion, today I thought I would abuse your patience by reverting to the age-old assumption that one’s medical symptoms are of intense interest to the entire blogosphere. Often, over the years, friends and others have accused me of being a space alien of some stripe or other, and not a human being at all. And I’ve come to realize that the evidence for this is mounting.

1. I’m supposed to have a unique blood type – something about the blood cells having an odd shape, I don’t understand it.

2. My brain waves will not register on a biofeedback machine. This is true, it’s been tried several times. The machine will sit there as still as though I were dead.

3. Technically I’m hermaphroditic, in that my body houses vestigial oviducts. (According to my doctor, this is not actually unusual – he says one out of six men has this harmless condition. You might want to check into it for yourself if you’re of the male persuasion…)

4. I’m cursed with mixed brain dominance, which is also a mixed blessing. I believe it does have its peculiar advantages, but my leading symptom is that often when I’m trying to speak, too many synonyms crowd into my head at once and what comes out is a garbled amalgam. Hence public speaking is a horror show for me because I never know what will come out of my mouth.

Talking to a physician years ago about all of the above, she commented: “I would have to say that you’re either an evolutionary step forward…..or backward.”

I just realized that all these disclosures are going to scandalize my cousin, who is so private that she leaves no trace on the Web whatsoever; she’s as gossamer as the Web itself. Yet here I am, warding away potential clients with all my weirdnesses laid bare.

Sorry, Cousin “Tabitha” (NHRN). But I’m sanguine. Any one of us could develop a list of idiosyncrasies just as odd, though perhaps some would scruple to keep it to themselves.

Oh Mead - for all of us who love you - we know it's FORWARD! But can I please call you an alien? And should I use the gender neutral pronoun "zhe" from now on? It sound so chic - and you already remind me of Tim Gunn. :)

Well, I can't come up with anything wittier than what Matt posted... other than to say that I'm one of those frequent checkers. Have a great... uh... unique-brain-combined-nacent-oviduct-anniversary day, Mead :)

You may be a mutant...but your our mutant. Happy Birthday...

Mead, happy birthday! Heartfelt congratulations on the opening of your birthday season!

Wasn't Tabitha a cat you had? ohhhh, I get it --
http://www.youtube.com/watch?v=mMsfKE6gock&feature=related

If your doc writes an article about your type MH blood, and it gets published in the New England Journal of Medicine, will you be a co-author? 'Cuz you should be.

Happy early birthday, Mead!
More to add to your possible anomalies: I would have guessed that you were sixty. You do not look old. I am surprised. Clearly you have good genes on that score.

Thank you all for your kind wishes on my survival of another year. But GregM, you spur me to a confession. My prematurely "advanced" age is something of a joke among my friends; I'm still a long way from 74, and in fact, I look much OLDER than I really am. I always have -- which came in handy when I was 16, but now.....not so much.

Actually it still comes in handy. Young women are very nice to me.

And MattZ: TIM GUNN?? You're now the THIRD person who has made this comparison. And I'm torn because I think Mr. Gunn's fabulous, but he IS a tad on the effete side, so....I'm not sure if I'm being complimented or sent up. Perhaps I'll take this up as its own blog topic whenever the next bout of midnight megalomania strikes...

Happy Birthday Mead! I wish I'd read this earlier..I could have run the Marathon in your honor!

Gee you an alien and I'm the bionic woman. Okay, not in today's sense of the word but back in the day when all the hardware they were putting in my body was new technology...

Of course, aliens are much more cool. My hats off to you, your coolness

I am stealing this picture!