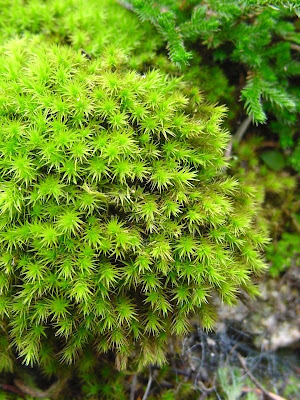 Spring has come to Cascadia early, evidently. You can tell by how bright green and ubiquitous the moss is. This time of year, entire lawns are made of moss here. My driveway is a sheet of celadon. Even the back windows of my car, which have neither been washed nor rolled down since September, have moss creeping up them.

Hence it seems fitting that the city-wide event laid to rest last night is known as the Fertile Ground Festival. That’s why my blogging has been dilatory of late -- during the Festival’s 12 crazy days and nights, I made it to 17 different events. Yet still couldn’t get to several things I heard were white hot.

Truth and Beauty, an adaptation of Ann Patchett’s searing memoir by Elizabeth Klinger in collaboration with Betsy Cross and Jessica Wallenfels and her company, Many Hats Collaboration. Highly physical and fluid yet carrying a palpable emotional charge, this play was a perfect confluence of movement and text. It stunned me; I could hardly speak afterward.

Claire Willett’s How the Light Gets In was a sassy psychological breakthrough story that deftly avoided the usual traps of sentiment and sententiae, and showed us that Claire is very much a writer to watch.

SexyNurd, a one-man show co-written by Pema Teeter and AuGi and performed by the latter, blew the minds of the comedy club habitués who saw it; it started out like a stand-up routine and quickly veered into depths all but unknown in those venues. I doubt those audiences knew what hit them.

Dirty Bomb, by Rob Newton, was like a toxic Something for Everyone (does anyone remember that movie?) in which everyone’s worse off at the end than they were at the beginning. It’s hard to say you “like” the play, with all the bleakly corrosive badgering of the family portrayed in it, but the intensity of writing was so wuthering, and the acting so superb, that the audience came away impressed, whether they liked it or not. Rob is a major new addition to Portland’s theater scene, and I’m glad he’s found a berth here.

Hunt Holman’s Willow Jade got its world premiere during Fertile Ground at the Portland Playhouse, and its run continues for another two weeks, so get it while it’s hot. Without giving too much away, the play is a dramaturgical marvel. It starts out like a well-observed social satire about people going nowhere fast in a small Washington town. Then slowly -- so gradually no one notices at first -- the story goes more and more off the rails. By the time the audience realizes this consciously, it’s too late; they can only hold on to their seats and as the story completely comes apart at the seams. Literally. This one I have to go back and see at least one more time.

Thanks Mead! So glad you were able to see. I second your emotions re: excitement to see where future years of the Festival will go!

Thank you so much! T & B was one hell of an adventure. I'm also thrilled to see where this festival goes...(aaand a bit jealous that we didn't get a chance to see more of these white hot plays you highlight)!

Lushly and connectively said, Mead! You certainly saw some of the most vibrant shows of the festival. Although we all have a Fertile Ground hangover, looking forward to next year is exciting.

Many thank yous for coming to see us. We got mossy ourselves with all the growth. In tribute, maybe next year we'll stage the imagined biography of Gertile Fround, festival matriarch of legend.

Here's a similar sign of spring in Oregon (and also that you need your car washed): when you notice a new, green pinstripe on your car, and, when you scrape it with your fingernail, you realize it's vegetable matter.

Thanks for coming to the shows, Mead. Your support is always a huge gift.