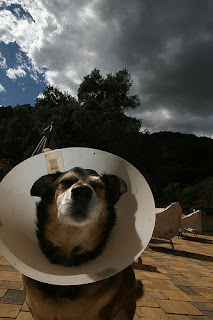 What’s in a name, you ax? More than ever nowadays, in our litigious society.

To wit: I belong to a Portland service organization called the Drammy Awards. The fourteen of us who serve on the Drammy Committee see countless productions all year round with an eye to designating various aspects of these productions as “outstanding” in their respective categories. We are volunteers. We’re not paid to do this work; we do it because we love the theater and want to provide our community with a way to pay homage to the extraordinary work that happens here every year. Every year it’s a struggle to scrape together enough money to cover the costs of the Awards ceremony, and it is unquestionably totally worth the effort.

SO. Imagine our surprise last fall when we were contacted by attorneys representing the National Academy of Recording Arts and Sciences, Inc., “in connection with the protection of it's [sic] intellectual property” -- better known to most of us as the Grammys.

After some paragraphs explaining what happens to people who mess with NARAS, they get to the point:

In view of the foregoing, the Committee’s use of the nearly identical mark DRAMMY for award services may constitute trademark infringement, unfair competition and false endorsement under federal, state and common law. This is especially true because the DRAMMY mark appears to have been contrived to resemble the GRAMMY mark.

I don’t actually know what “the DRAMMY mark” means.

The letter goes on to say that in order to settle this “unfair competition” without litigation, the Drammy Committee needs to answer a few questions and to do it within 10 days or else (the customary threats followed). The attorneys demanded that we supply them with:

1) Any particular meaning of the word "DRAMMY";

2) Why the Committee adopted "DRAMMY" for it's [sic] awards;

3) The audience for the DRAMMY Awards;

4) When the DRAMMY Awards were created; and

5) Whether the DRAMMY Awards are televised.

Once we stopped laughing, we had to ask ourselves how committed we were to the term “Drammy.” What if this was our chance to change it? How about throwing the question open to the theater community and asking them to rename the Awards?

Disappointingly, we never got that far. We responded politely but not cravenly to the Recording Academy’s interrogatories, and then……never heard from them again. Evidently the Academy’s goons realized they would need to look further than Portland to justify their salaries.

We’re not the only ones to suffer from overlawyering, of course. Portland City Commissioner and now mayoral candidate Sam Adams recently heard from Samuel Adams Beer, the Boston Beer Company, which demanded that the real live Sam Adams remove his name from his own campaign site’s URL, citing trademark infringement. Cited as precedential was that the company had been calling itself “Sam Adams” since 1984. Never mind that the Councilman had been called the same name since birth.

Maybe I’d do well to stake a claim for my own Internet domain, before it’s too late. A quick Google search reveals several Mead Hunters besides myself — one in his infancy, and two different dead ones. There’s also a respected philosopher named Hunter Mead, and a noted Australian bird watcher named Derek Mead-Hunter. There’s even an elaborate computer game, World of Warcraft, with a character named Mead Hunter who restocks his arsenal at a mysterious fortress called “The Armory”.

And in the teeny, tiny theater universe alone, there is Mame Hunt, Laural Meade and Laurel Hunter. In the past I’ve gotten letters, emails and phone calls intended for each of these ladies. I once fielded an angry call from a guy who was certain I was scamming him; he said he “knew for a fact” that Mead Hunter was a woman.

So names give us plenty of room for confusions and contusions. Just ask all the Monroes and Madisons growing up right now. I used to think that gender ambiguity was a hassle; now I think it's actually.....convenient....

Good God. That's what happens when people bill by the hour. Didn't the Drammy/ies evolve from the Willamette Week's Willy/ies awards? Maybe in response to Willy Wonka's attorneys, who knows? Great yarn, though.

And as far as that name thing, I've learned that "Patterson" is the Irish equivalent of "Smith"; so there are more Steve Pattersons out there than one can count, including another playwright who wrote something called "Beauty." (As anybody who knows my work can attest to, probably not a title I would choose.) My life with clerks has become simpler now that Steve Patterson is no longer the Blazers' general manager, and it's been long enough since NBA star Steve Patterson's death that I no longer receive inquiries as to my health.

Tell you what's weird, being used to the playwright's cloak of invisibility, was going into a coffee shop during JAW and having the barista go, hey, aren't you that guy in the paper? I was about to turn around until I realized he was talking to me.

And though it should go without saying, kudos to the Drammy Committee for their bravery in the face of blown lines and missed cues.

Here's a fun corollary to the whole instant fame tangent:

Jesus. That guy is seriously--seriously--funny. Andy Warhol is spinning like a blender blade.

Mean, this is HI-larious. I love Portland!

Your post elicited an exclamatory "YOP!" from yours truly. It turns out that yopping in public makes surrounding ears very curious. Oops.

Maybe we should all head through the patent office shortly after birth? Get our left foot stamped with a good ole' registered trademark?

On a personal note, my name as a URL will redirect you to a Florida-based actor's site. How odd that we have the same name and ended up in the same field!

k. crow, I checked this out and the scary thing is.....you actually look like you could be related! How Hitchcockesque.....

I remember my first submission to PCS was addressed to Ms. Hunter. :-)

Hilarious. By the way, I've always thought you have the best name. And are the best. All other Hunters, Meaders, and Meadski-Huntsokoffs are pale reflections of your glory.