Something wickedly funny this way comes 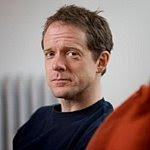 Every time a Third Rail Rep opens a show in Portland, it’s an eagerly anticipated event. And this Friday the company opens its final show of the season: Fabuloso, by John Kolvenbach. I’m grateful to the Rep for introducing John to the community; he’s still something of a secret in the Pacific Northwest, and it’s high time that changed.

But wait, there’s more. On Saturday, May 9 at 5pm in the World Trade Center's theater, Third Rail gathers a gaggle of prominent playwrights whose work it has produced: John Kolvenbach himself, of course;

And oh yes, guess who’s moderating. ME, that’s who. Together we’ll spend an hour or so looking into these writers’ processes, exploring what compels them to write for the stage, and where they think theater is headed. Bring your own questions, too – I’d love to see a good turnout from Portland’s burgeoning playwriting scene in particular. As company member John Steinkamp put it, “With this group's combined experience in American theater, television and film, there will be lots to hear and much to debate afterward.” 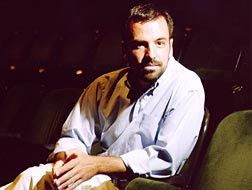 The occasion is FREE, of course, but as long as you’re there, plan on grabbing a ticket for the play that evening. You’ll be glad you did. It’s exactly the kind of thing that gives live theater a good name.
Posted by Mead at 5/03/2009 09:29:00 PM