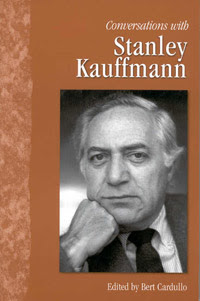 Looking back, I can’t believe my good luck with writing mentors. Years ago, when I landed in the dramaturgy program at the Yale School of Drama, I participated in a three-year hazing known as Criticism Workshop. Every week of the program, we convened to discuss the critical writing of one hapless student. Her or his work would be dissected and deconstructed mercilessly. For some, the experience was so brutal that they eventually quit writing, either because the process had wrung all the fun out of critical thinking for them or just because they became convinced they weren’t that good. For the battle-scarred survivors, however, we came away divested of a lot of bad habits and with a renewed sense of what we could accomplish with writing.

But I was saying. Over the course of the workshops, my professors included Stanley Kauffmann, Richard Gilman and Gordon Rogoff – can you imagine that? Holding onto my arrogance about my presumed talents was impossible while under the scrutiny of these titans.

Alas, Dick Gilman is no longer with us. But Gordon’s going strong, and STANLEY – Stanley is celebrating 50 years of service to The New Republic. (Click here for a video in which Stanley credits the mafia with getting into criticism.)

Roger Ebert has said of Stanley:

My shining hero remains Stanley Kauffmann of The New Republic, as incisive and penetrating as ever at 92. I don't give him points for his age, which anyone can attain simply by living long enough, but for his criticism. Study any review and try to find a wrong or unnecessary word.

Not only is Stanley Kauffmann a consummate writer, he’s also a tireless one. We can all only hope that our critical faculties and our zeal for contemporary culture are so vigorous at age 92.

A shout out to my colleague Jan Breslauer for alerting me to Stanley’s anniversary. And an eternal debt of thanks for Mr. Kauffmann himself, whose literary trial by fire and whose insights into theater and film made better writers and thinkers of countless theater folk.
Posted by Mead at 5/27/2009 11:07:00 AM