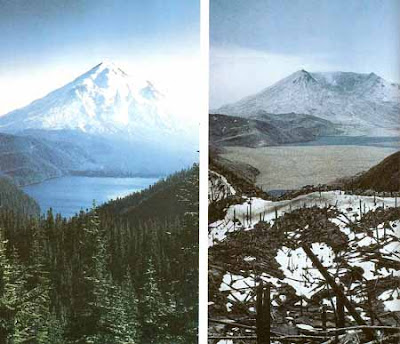 Back to the blog after several days of computer meltdown agonies. It seems I have to post rapidly now, before the system implodes on me. Wish me luck.

Made in Oregon kicked off Monday evening with the Sue Mach opus described in the previous post – and after all my bruiting the event about, I’m missed it, because of a lucrative but last-minute rush edit. POOP. If you went, let me know what happened, k?

Right now, though, here’s another peek behind the curtain regarding Wednesday’s outing (July 15 at 6:00pm): The Missing Pieces, by Nick Zagone, which takes place in Portland in 1980 just after the Mt. St Helen's blew. Music plays an important part in this play, I’m glad to say, because it was an era when music converged in a veritable gang bang of clashing styles: punk, pop, New Wave, even disco-inflected versions of all these.

The Clash: Train in Vain
Talking Heads: Once in a Lifetime
Blondie: Call Me
M: Pop Music
X: Los Angeles
Joy Division: Love Will Tear Us Apart.
Ramones: Let's Go and (but of course) Rock and Roll High School
Blondie: Call Me
The Knack: My Sharona
Michael Jackson: Off the Wall
Pretenders: Brass in Pocket
The Cars: Let's Go

And what of tonight? Be there by six for chills and spills in Brian Kettler’s tense new drama, In School Suspension. It’s about Danny and Angela, two high school students locked away in an abandoned Spanish classroom during a disaster drill, beleaguered by a teacher wants to make sure his students experience authentic feelings of fear and terror. What could possibly go wrong, right?

My favorite era!
July 1984 was the best time of my life & I am gonna do a blog post about it soon. I love the playwright's partial list of music for 1980.
My varification word is-"butchrug"... no kidding!

I have been loving the Made in Oregon series so far. The Missing Pieces hilarious and wonderful! Can't wait to see Bad Family tonight!