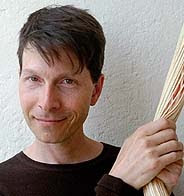 If you don’t know Victor Lodato’s writing from his startlingly imaginative works for the stage (The Bread of Winter and 3F, 4F, to name just a couple), perhaps you’ll remember that he was the unwitting center of controversy several years ago. The New York Times ran a feature about a phenomenon that many playwrights know all too well, and the article made Victor its poster child. The title: “Workshopped to Death.”

And it was true enough; Victor, long the darling of lit departments all over the national theater scene, rarely got to make the jump from readings and workshops to full production. By now enough critical mass has formed for Victor to survive the lethal syndrome; a recent follow-up article in The Washington Post notes that a critical mass has now formed around awareness of Victor’s body of work that is leading to full productions. "It's sort of like you're not somebody until the Times says you're nobody," Victor quips.

Fortunately, he didn’t spend the intervening years waiting for the approbation of artistic directors. Much of that time went into writing his first novel, Mathilda Savitch, which Farrar, Straus and Giroux releases for public consumption on September 15. The advance buzz is resounding, and for good reason; this book, written entirely in the voice of its eponymous heroine, surprised me on nearly every page.

It’s Mathilda’s distinct voice, paired with her zealot’s determination to impact her world, that makes her such a vivid 13-year-old. Here’s how she presents herself to us in the book’s first paragraph:

I want to be awful. I want to do awful things and why not? Dull is dull is dull is my life. Like now, it’s night, not yet time for bed but too late to be outside, and the two of them reading reading reading with their eyes moving like the lights inside a copy machine. When I was helping put the dishes in the washer tonight, I broke a plate. I said sorry Ma it slipped. But it didn’t slip, that’s how I am sometimes, and I want to be worse. 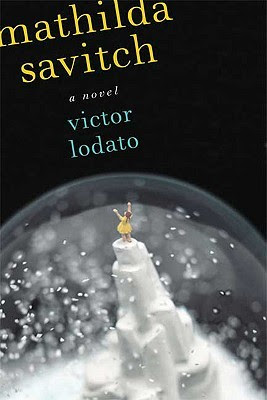 Not quite a coming of age story, this book – Victor’s first – examines a turning point in the life of a precocious virago whom circumstances have caused to grow up a little too quickly. Now on the verge of a premature adulthood, Mathilda is often laugh-out-loud funny, but just as often she’s maddening, disturbing, or unexpectedly poignant. She lurches between a brat’s chatty volubility and the perspicacity of a world-weary adult – the psychic equivalent of a boy’s voice cracking. Some readers may be distracted by this, but to me it was the author’s very point in delineating someone of this age and with these problems. She’s in a liminal space: too schooled in adult matters to be a kid, too young to bear adult disappointments.

In sort: this is an astonishing book – read it! And come hear Victor talk about it next month in Wordstock: October 10 at 1pm. Find out for yourself how he channeled this unforgettable character.

By the way, a bonus: the book's cover happens to be graced by one of my favorite collaborative art teams, Walter Martin and Pamela Munoz.
Posted by Mead at 9/06/2009 02:25:00 PM

I absolutely love this book and I love Victor Lodato. Mead, you're wonderful for posting this.

Great post, Mead, about a truly gifted writer. There are moments in his plays that have never left my head - he has a way of carving grooves into my head that play back at the oddest moments; I look forward to reading the novel.

Read the book. Went on-line to find out more about Victor and his creative work. Want to read every single piece of it. Victor has restored my faith in modern Northern American literature. If we have authors like him, we are on!