Hair, the ’60s counterculture musical, is coming to Portland Center for the Performing Arts in December. The classic rock musical, which celebrates radical political and social ideas that emerged during the Vietnam War era, has been running in various forms for the last 40 years, and you’ve felt its reverberations in popular culture whether you know it or not. 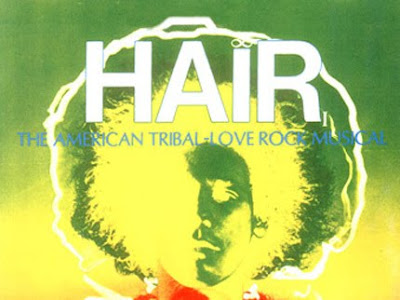 Groundbreaking for its time
When Hair debuted on Broadway in 1968, it sloughed off all notions of what was “appropriate” for a musical. James Rado and Gerome Ragni, the two men who conceived the musical, wanted to make theater that reflected the rising discontent and cultural change they felt in their neighborhood of the East Village. Rado and Ragni had friends who were dodging the draft; people were growing their hair long to protest mainstream society. Drugs, especially marijuana and LSD, were becoming widely used. Commenting on their idea for Hair, Rado said: “It was very important historically, and if we hadn’t written it, there’d not be any examples. We thought, ‘This is happening in the streets,’ and we wanted to bring it to the stage.”

Not just sensational
Hair wouldn’t be running for 40 years if the musical only had shock value to offer. Although the musical did offer the first totally nude actors on Broadway, as well as what many perceived to be a desecration of the American flag, the musical went beyond upsetting the older generation’s notions of propriety. It was more about questioning everything that was mindlessly accepted as a norm, whether it be from government or from society.

Hair was one of the first musicals to have a fully integrated cast; 1/3 of the cast members were African American. Songs in the musical openly mock racial stereotypes, such as “Colored Spade” where the militant black man Hud satirically reads off a list of racial slurs. In another song, a groups of white and black women sing about their love for the opposite race. Indeed, the subtitle for the musical is “The American Tribal Love Rock Musical,” and the idea of a tribe — a united group of diverse people — is an important theme.

Before and After Hair
Although Hair was groundbreaking as a musical that addressed issues of social unrest, it wasn’t without precedent. While in college, Rado was inspired by Rodgers and Hammerstein plays; while the playwrights are often remembered as writing uplifting musicals like Oklahoma! and The King and I, their works also explored issues of race, sex, and class. South Pacific explored racist feelings of whites toward Pacific Islanders, and Carousel depicted domestic violence. Porgy and Bess, by Gershwin, also had a fully integrated cast.

Hair did invent the idea of the concept musical, a play where the theme or statement is more important than the plot. Other concept musicals sprung up after Hair, including Company, Follies and Pacific Overtures by Hal Prince in the’70s. After Hair, other musicals also went on to use rock music scores, including Two Gentleman of Verona, Jesus Christ Superstar, Grease and Dreamgirls. Hair set the precedent for using theater as a venue of social change that can be seen in later successful musicals like Rent.

Just a point of clarification: Company, Follies, and Pacific Overtures were not, of course, "by" Hal Prince. They were by a fellow named Stephen Sondheim in collaboration with book writers George Furth (Company), John Weidmen (Follies), and James Goldman (PO). Prince directed. Not to minimize the vital role of director, but this story was talking about the creators of Hair (that wonderful music we all remember was by Galt MacDermot, by the way); why suddenly switch to the director?