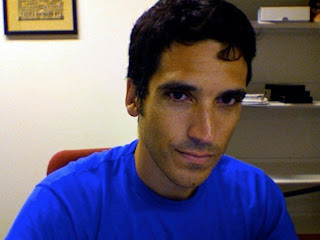 Admission is free, but space is limited. Please email Megan Ward at meganw@pcs.org to reserve your seat.

“If you put a gun onstage in Act I, it must go off by Act III.” - Anton Chekhov

Karma’s a bitch, as the hapless inhabitants of this knockabout comedy are about to find out. In the course of a La Ronde chain reaction,an aspiring white rapper gains and loses a gun that continues to change hands, scene by scene, on its way to fulfilling an un-anticipated destiny.

Steven Drukman’s play IN THIS CORNER (about legendary boxer Joe Louis) opened in January at San Diego’s Old Globe Theatre. Other produced plays include GOING NATIVE (Long Wharf Theatre), FLATTERY WILL GET YOU (Connecticut Rep), COLLATERAL DAMAGE (Illusion Theatre, Minneapolis), THE SNOWMAIDEN (Bob Hope Theatre, Dallas) and ANOTHER FINE MESS (Portland Center Stage), which was nominated for the Pulitzer Prize. He has been developed and/or commissioned by the MarkTaper Forum, the Intiman Theatre, South Coast Rep, New York Theatre Workshop, Playwrights Horizons, Sundance Theatre Lab and the Williamstown Theatre Festival. Awards: Paul Green Award, Alfred P. Sloan Award, Heinemann finalist, others. He wrote for many years for The New York Times, was an Associate Editor of American Theatre Magazine, and he just released his book of the edited screenplays of Craig Lucas. He teaches playwriting at NYU.

Now Hear This and Portland Center Stage gratefully acknowledge the support of the Oregon Cultural Trust.
Posted by Mead at 4/17/2008 09:28:00 AM

Email ThisBlogThis!Share to TwitterShare to FacebookShare to Pinterest
Labels: Drukman, Now Hear This

May I please raise the level of discourse here and say...he's hot.

O. I know, I know! He's even more pulchritudinous in person...

Prince beat me to it, but it bears repeating: he is undeniably throw your ankles up to jesus hot.

Oh, yeah. I remember reading this play back in the day at Berkeley Rep. It's pretty kickass. All you Portlanders go check it out.

The reading went very well (don't you think, Linda?), which is a real testament to the commitment of the actors; the script is very performative, which requires fierce concentration for everyone involved, especially in the climactic final scene. I loved it. Steven's writing is so well-observed, and the actors delivered it the play for him with grace and aplomb.