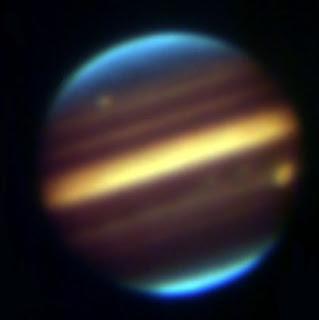 PCS has been fortunate indeed to benefit from not one but two commissions made possible by the fruitful marriage of minds between San Francisco's Magic Theatre and The Alfred P. Sloan Foundation. Sloan's original impetus was to stimulate writing about science and scientists, with the idea of humanizing the field -- putting a human face on it, as it were.

The Sloan had just two stipulations: that the science at the commissioned play's center had to be a "hard" science (no parapsychology, for example) and it couldn't be science fiction.

Our first Sloan went to Nancy Keystone, who's remarkable verfremdungseffekt Apollo starts previews at PCS on January 13! How fitting, therefore, that our second outing will have its public reading within Apollo's powerful nimbus.

PlayGroup member Patrick Wohlmut's commissioned play, Continuum, concerns a researcher's cock-up over an cosmic theory he believes is revolutionary but that mainstream astronomy considers crackpot. He enlists support from an unconventional source, and unwittingly creates a hall of mirrors in which even he is not always sure what is real and what is surreal. The play is, at its heart, a mystery -- one in which the inexplicable cosmos mirrors the endless surprises of the human psyche.

Patrick was aided in his own research by Reed College Professor of Astrophysics Robert Reynolds, who we hope will be on hand to witness the birth of a brand new play. You're invited, too. Here's the 411:

invites you to a rehearsed concert reading of

written with the support of a playwriting commission from
The Alfred P. Sloan Foundation
directed by
Stan Foote

Admission is free and all are welcome

In the abstruse world of astrophysical research, Peter -- whose promise in the field is dubious -- needs all the help he can get. But he gets more than he bargained for from a brilliant but erratic collaborator he rescues the streets. In the course of their cat and mouse game, roles reverse and shift, stars and planets collide, and both men find that the universe is not as quantifiable as they expected.

Patrick Wohlmut
Patrick is an actor and playwright. His most recent stage role was as Harry Berlin in Mt. Hood Repertory’s production of Luv, where he also played Colm in Sea Marks. Other favorite roles include Vaughn in In Apparati, for Defunkt Theater; Faust in Faust. Us., for Stark Raving Theater; Peter Austin in It’s Only a Play, for Profile Theater; Sebastian in Twelfth Night, for Portland Actors Ensemble; Ted in Three Plays Five Lives, for Liminal Performance Group; Miles in The Drawer Boy, for Artists Repertory Theater, which also starred William Hurt; and Todd in Earth Stories, for VERB: Literature in Performance, a role that earned him a Portland Drama Critics’ Circle Award for Outstanding Performance in a Supporting Role. As a writer, two of his short plays – The Surrogate Mothers and K-PAN – were featured in Portland State University’s New Plays Festival in 2002. He was also a featured writer for Bump in the Road Theater’s 2004 original production, (Old Age Ain’t) No Place for Sissies. In addition to being the recipient of a Sloan Foundation New Science Initiative commission, Patrick is also working on a play titled The Chain and the Gear, about the effect of the hit-and-run death of a cyclist on a southeast Portland community; and a novel, Putting Woody to Rest, about two teenagers who are haunted by the ghost of Woody Guthrie. He lives with his wife and two children in Portland.
Posted by Mead at 12/29/2008 10:00:00 PM

Just a side note: Robert assures me that, barring catastrophe, he will almost assuredly be at the reading.

Can I retain you to write all my publicity, Mead? You rock.