Stopping by Portland on a snowy evening 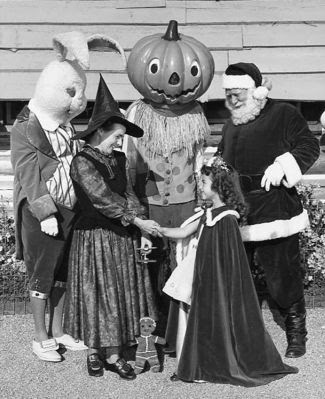 Got to love Portland. In this town, Halloween decorations start going up around September 1, and in many households, don’t go away for months. They just coexist with the Christmas trappings. So that now, in mid-December, with snow straight out of central casting falling all over the town, you walk past porches festooned with fir garlands….and pumpkins still holding down the front steps. Many windows still have construction paper witches taped to them – but now the witches share the honor with cut-out snowflakes.

It’s an apt macaronicism, since St Nicholas was originally the Catholic Church’s recuperation of an old folk figure that seemed a tad too Satanic for post-medieval tastes.

Anyway, here in Portlandia, autumn has definitely given way to winter; it’s beginning to look a lot like the Solstice, everywhere you go. In fact today I’m staying indoors and working at home, partly thanks to night-long migraine episode, but partly because the weather outside is frightful. And in between script reports, press announcements and responding to email, my favorite way to heat the house is cooking.

Lunch was a velvety carrot soup, perfect for cleaning out your fridge and also for watching those dire weather forecasts on streaming video. If you want to make it yourself, you’ll need:

Melt butter in heavy large pot over medium heat. Add carrots and onion; sauté until onion is soft, about 8 minutes. Add broth; cover and bring to boil. Reduce heat, uncover, and simmer until carrots are tender, 10 minutes or so.

Puree soup in blender (I used an immersion blender) until smooth. If you used a conventional blender, return soup to pot now. Stir in orange juice, brandy, and crushed herbs. Simmer 5 minutes for flavors to blend, then season to taste with salt and pepper. 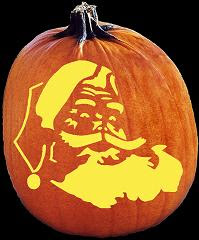 Notes:
This made just enough for James and I, but we eat supersized portions, alas. For friends or normal people (quick! what’s the literary reference there?), or as a first course, you could probably serve four.

We had garlic bread with this – with impunity, since no theatergoing is possible tonight.

If by some miracle you still have fresh tarragon, I bet that that would make a terrific replacement for the dried herbs. Would make a good garnish, too.

Email ThisBlogThis!Share to TwitterShare to FacebookShare to Pinterest
Labels: All Hallows, Cooking with MrMead, Yule

I know you haven't solicited this, but Buster and I are available for adoption.

and, when i'm sentimental -- my favorite frost poem.
good going, and coming back.


WHEN I see birches bend to left and right
Across the line of straighter darker trees,
I like to think some boy's been swinging them.
But swinging doesn't bend them down to stay.
Ice-storms do that. Often you must have seen them
Loaded with ice a sunny winter morning
After a rain. They click upon themselves
As the breeze rises, and turn many-colored
As the stir cracks and crazes their enamel.
Soon the sun's warmth makes them shed crystal shells
Shattering and avalanching on the snow-crust—
Such heaps of broken glass to sweep away
You'd think the inner dome of heaven had fallen.
They are dragged to the withered bracken by the load,
And they seem not to break; though once they are bowed
So low for long, they never right themselves:
You may see their trunks arching in the woods
Years afterwards, trailing their leaves on the ground
Like girls on hands and knees that throw their hair
Before them over their heads to dry in the sun.
But I was going to say when Truth broke in
With all her matter-of-fact about the ice-storm
(Now am I free to be poetical?)
I should prefer to have some boy bend them
As he went out and in to fetch the cows—
Some boy too far from town to learn baseball,
Whose only play was what he found himself,
Summer or winter, and could play alone.
One by one he subdued his father's trees
By riding them down over and over again
Until he took the stiffness out of them,
And not one but hung limp, not one was left
For him to conquer. He learned all there was
To learn about not launching out too soon
And so not carrying the tree away
Clear to the ground. He always kept his poise
To the top branches, climbing carefully
With the same pains you use to fill a cup
Up to the brim, and even above the brim.
Then he flung outward, feet first, with a swish,
Kicking his way down through the air to the ground.

So was I once myself a swinger of birches;
And so I dream of going back to be.
It's when I'm weary of considerations,
And life is too much like a pathless wood
Where your face burns and tickles with the cobwebs
Broken across it, and one eye is weeping
From a twig's having lashed across it open.
I'd like to get away from earth awhile
And then come back to it and begin over.
May no fate wilfully misunderstand me
And half grant what I wish and snatch me away
Not to return. Earth's the right place for love:
I don't know where it's likely to go better.
I'd like to go by climbing a birch tree,
And climb black branches up a snow-white trunk
Toward heaven, till the tree could bear no more,
But dipped its top and set me down again.
That would be good both going and coming back.
One could do worse than be a swinger of birches.

Madame X, thank you for sharing that wonderful poem with us in toto. I didn't know it, and it's perfect for this wintry day, when it looks more like Bedford Falls outside than Portlandia.

yes, in toto it's a long one, but i'm glad you like it. i remember reading it the first time when i was about 16, and being so delighted at the magical trip up and back again on the treetop --something i would never do in real life, scared of heights as i was, so the vicarious thrill was real and lasting. :)

and now that i'm older, of course (ahem) the state of being 'weary with considerations' and the need to go swing on a birch in order to remedy that, makes strong sense indeed.

I understand this poem much better now than I did when first I read it.