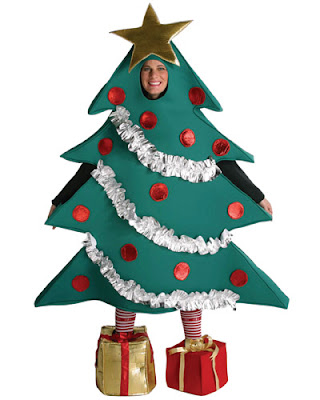 Here in Oregon, one of the season’s best spectator sports is watching the annual skirmish surrounding Christmas trees. Just a couple of weeks ago, an Ashland school banned the display of a decorated tree on the grounds it was associated with Christianity and thereby implicitly excluded other religions. A bemused bystander wrote a letter to The Oregonian recalling that when she was growing, Christmas trees were verboten at her church because they were regarded as Pagan artifacts.

What amuses me is that the school in question replaced the Tannenbaum with a pair of snowmen, reminding me that the severe Sister Aloysius from John Patrick Shanley’s play Doubt had something to say about that:

Sister Aloysius: "Frosty the Snowman" espouses a pagan belief in magic. The snowman comes to life when an enchanted hat is put on his head. If the music were more somber, people would realize the images are disturbing and the song heretical.

Sister James: I've never thought about "Frosty the Snowman" like that.

Sister Aloysius: It should be banned from the airwaves.

That’s about how it goes here. For many of us the whole holiday is thoroughly secular anyway; we never think about the Christmas tree as a pawn in the culture wars.

For the record, though, this time the Christians are semi-closer to the truth. European Pagans did not cut down trees and bring them into the house, but there were widespread traditions of adorning evergreens where they stood naturally. Boughs of evergreens were brought inside to celebrate the return of the light that the winter solstice represented. (Related side note: the “partridge in a pear tree” from “The 12 Days of Christmas” song was originally “a part of a juniper tree.”)

No, reportedly the tradition of hauling a tree indoors and putting lights on it is relatively recent -- 16th century Germany. These “Paradeisbaum” (paradise trees) first showed up in America along with German immigrants, circa 1700. Christmas trees didn’t catch on with Americans in general until around 1850, by which time Dickens’ famous novella had made Christmas downright fashionable – though interestingly, there are no such trees in Dickens’ tale and only one direct reference to Christianity.

For me, the tree is a reminder of life in death – or if that sounds a tad grim, as a reminder that you need winter to give way to spring. Out of death comes renewal. To be less baleful about it, it’s also a great excuse to haul out the ornaments we’ve collected over the decades, each of which is imbued with a story and with memories. Though I agitate every year for the ultramodern aluminum tree of my childhood, I have to admit that there’s something magical about this annual guest that we water and tend to and revere … before tossing it into on the curb a few weeks later.

I recently was wondering about the tradition of presenting 'A Christmas Carol' at regional theaters in America. I don't recall this being a tradition in England. What gives?

Is that true? They don't constantly run it into the ground there? That really is interesting...

I know two different Londoners who make a point of leaving town every Christmas because they say the whole holiday thing is so overwhelming and suffocating. Was that your experience?

I'm liking the "part of a juniper tree" -- thinking of the berry part flavoring the gin part. Isn't the panto the holiday theater tradition in England?

Yes, and it takes a lot of gin to enjoy the real thing. MTC, though this is off topic: which gin would you say smacks most of juniper? Since that's my favorite thing about the stuff, I will be guided by your counsel. See what influence you wield?

As long as we're recycling our trees, Mead, I don't think we need to feel badly. Christmas trees are part of our local economy:

Mead, I'll have to engage in a little more research over the holidays in regard to the juniper question, though Bombay Sapphire is a long-time favorite. Right now, my budget affords access to a something I like to call The Old Grist Mill "Lost Weekend Blend."

Speaking of silliness, the NYT just wrote about pantos and the Christmas season: http://www.nytimes.com/2009/12/22/theater/22panto.html?src=twt&twt=nytimesarts