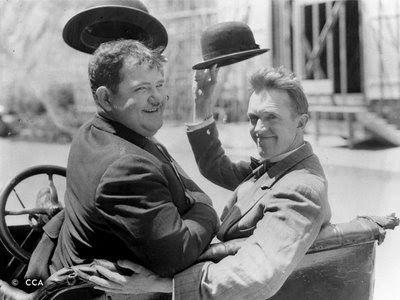 My brother-in-law, poor guy, had the misfortune to be born on Christmas Eve 50 years ago. Consequently, he says, his birthday got overlooked for most of his childhood, amid the annual gallop through the holidaze. So several years ago we started a tradition of having a special dinner out, somewhere fun, for the express purpose of celebrating his nativity – no mention of the holidays allowed.

This year we did this 24 hours early, taking over the back room at Lucca. And midway through a fabulous and raucous dinner, it came to me that JFF and I met that very night 20 years earlier.

Now: we’re an unsentimental pair, and many’s the year we’ve forgotten our own anniversary amid the mad haste to get presents under the tree. But 20 years seems like a milestone, and this time even we are appalled at our failure to make a fuss out of ourselves.

The occasion calls for saying something heartfelt. But here I am yet again, trying to stuff this post in between a client who is desperate for me to edit another chapter of his novel before Mercury retrograde sets in on the 26th and starting Christmas Eve dinner. (It’s a exceptionally voluptuous ratatouille, by the by, with an augmented dulce de leche for dessert. Yes, thank you.)

So just let me say this. It’s a marvelous thing to have lived through the early years of getting to know each other, and for all the attendant up and downs to have merged into trust. To get to where you no longer fight, really – just occasionally squabble, and to know when you do that it’s comical. And to get to where you can assume you’ll always be together. Barring a particularly bad case of late mid-life crisis, assuming that catastrophe doesn’t impair someone’s health beyond repair, and hopefully escaping some unlooked for accident (and aren’t they are unlooked for?) . . . we expect to always be together.

Until we’re not, of course. Till death we part. Which is what’s so poignant about an anniversary, really. You celebrate your years together. You estimate how many may be left.

The downside of anniversaries? After 20 years, it’s very hard to give a present that isn’t in some way actually for yourself.

Actually, our date depends on when you started counting. We met 20 years ago yesterday. But we moved in together exactly one year later. So what do you say we call this is our 19th anniversary? That gives us a whole year to plan, prepare and forget to celebrate all over again.
Posted by Mead at 12/24/2009 04:26:00 PM

Email ThisBlogThis!Share to TwitterShare to FacebookShare to Pinterest
Labels: Anniversaries

A lovely post. Best wishes and congratulations. May you enjoy at least another 20 (or 19) of the same and better.

Congratulations and so eloquently written. Both lovely stories (brother and partner).

Hey - I say, celebrate 20 twice! Once for the meeting which led to the move in. *smile*

You've earned it. Twenty years together deserves a double celebration.

Thanks, Meade, for a lovely statement. We celebrated our 21st anniversary this year (from date of actual ceremony) and like to say that now our marriage can drink legally.

Happiness. Wish you another 20 years.