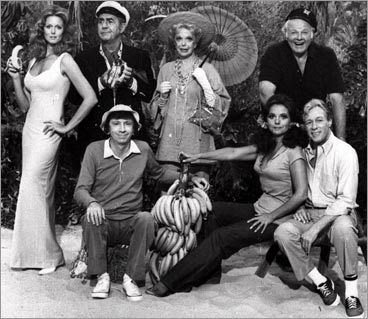 “This island universe.” Of course the poet was referring to the cosmos, but the phrase always reminds me of the theater -- its insularity, its ever-increasing marginality, its travails and revelations.

Talk about interesting timing. Only last month Applause Books released The Play That Changed My Life, a cheerful book which, as Marissabidilla and others have pointed out, suggests an affirmative view of theater’s health. And now, as if as a corrective, the Theatre Development Fund has launched another book that investigates the moribund means of production through which new plays are brought into being nowadays -- or aren’t.

Outrageous Fortune, subtitled “The Life and Times of the New American Play,” provides a valuable snapshot of where we seem to be right now and what might be done about it. So valuable, in fact, that Isaac Butler has organized a flotilla of bloggers to discuss the book’s findings and recommendations. You can see the schedule and the participants at Parabasis, but in sum: we all look at Chapter 1 today from our various perspectives; on Friday I will take apart Chapter 3, titled “The Way of the Play”; and next Wednesday we’ll all consider the final chapter’s counsel about where to go from here.

Provocative Chapter 1 is entitled “Dialogue in the Dark: Playwrights & Theatres.” And its contribution to the book is to map the territory of new play production as it currently exists. No one imbedded in institutional theater (or who works as a satellite of it, like most “successful” playwrights) will find any surprises here. Nevertheless, it’s bracing to find it all described so thoroughly. Delineating “a crisis in collaboration,” the authors chart a course of increasing estrangement of playwrights from the theaters that produce them.

Plenty of blame to go around, of course, but special attention is given to a bricks-and-mortar mentality that privileges institutionality over artistry and staff over artists. It’s an old argument with an obvious refutation, but Outrageous Fortune is singular in putting its finger squarely (if almost parenthetically) on the REAL problem.

Which is? Once you’ve created a bona fide institution, priorities necessarily change radically. From Board chair to box office, from artistic director to stage door guard, the mission of an institution and its dependents is to survive. No matter what its website says, whatever bland claims it espouses to being all about dynamic new theater, its rock bottom, honest to god mission in life is to survive at all costs. And I do mean all costs. Is it any wonder playwrights tend to feel less like they’re contributing to theater's raison d’être and more like they’re just plain in the way?

This first chapter lays the groundwork for the entire rest of the book, and does so with impressive lucidity. Go to Parabasis for an impressive range of responses to this first salvo, and stayed tuned for tomorrow’s posts on Chapter Two (“The Lives & Livelihoods of Playwrights”), as examined by Ian Moss and Matt Freeman.
Posted by Mead at 1/13/2010 11:22:00 AM

Parabasis is quoting you in a quite complimentary manner, Mr. Mead. I started reading this thing, and I have to admit: it's riveting. One of the most fascinating things, so far, has been looking at the list of study participants. Though there are some familiar names there, it's notable that there's not a single Oregon representative that I could find. (That's obviously because we have no problems here. Right?)

Anyway, I've been feeling like I'm carrying the Rosetta Stone around in my bag. I'm planning to do some serious reading this evening.

P.S.: Did they really have Ginger hold the banana? Coincidence, I'm sure.