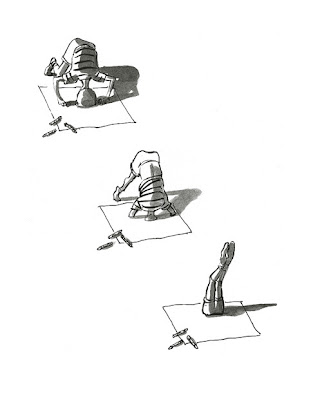 Drawn though I am to graphic novels, I’ve yet to immerse myself in them, just because that universe seems so arcane. But I couldn’t resist the mysterious and ooky artwork and the foreboding storyline of Stitches, by David Small. This is actually a graphic memoir about Mr. Small’s growing up in a family so twisted that … well, to use Hollywood parlance, think Lovecraft meets Scrubs. This is a book you admire more than “love”; but I think you’ll appreciate the journey Mr. Small takes you on, especially if you’re of a cynical persuasion (like me) and prefer your harrowing bildungsromans with just a smidge of implicit redemption.

Also recently got round to reading the novel whose very title is an epiphany: The Brief Wondrous Life of Oscar Wao, by Junot Diaz. This is the saga of a Dominican family in virtual exile in New Jersey, told through a vertiginous, macaronic collage of Spanglish, street slang, lit-crit and geekspeak. Often hilarious but touching when you least expect it. GET THIS BOOK. I guarantee you’ll come away from it with an entirely new vocabulary.

Many people responded strongly to Mr. Diaz’s book, as evidenced by its adaptation for the stage, which was a hit for beloved theater company Campo Santo in San Francisco. Sean San José’s adaptation is titled Fukú Americanus, referring to the concept of fukú, the Dominican version of a family curse that courses through seven generations. Sean came up with the brilliant idea of creating a narrator called Fuku, who he uses to convey Diaz’s unique authorial voice.

Would love to see some daring Portland company take on this truly wondrous work….and I think we can all agree there’s only one here that could…… 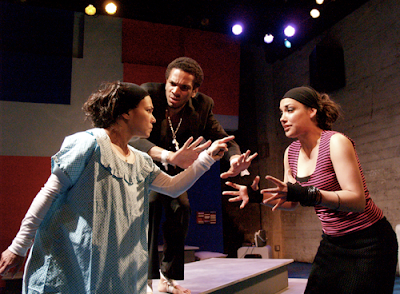