I don’t know about you, but reading Outrageous Fortune has been HARD. Emotionally. The book’s concluding paragraph states, “This study set out to take a snapshot of new play production,” and that’s exactly what it did -- betraying some internalized self-loathing along the way, perhaps, but for the most part, creating a brave act of psychic photorealism that wasn’t always easy to relive. 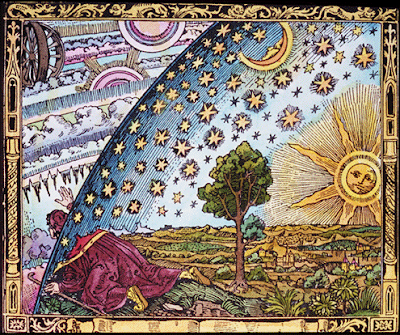 So you have to love the concluding chapter. After Outrageous Fortune’s rigorous dissection of America’s gimpy new play production process (at least as it’s conducted in the regional system), the book’s concluding chapter attempts to offer something of a restorative -- smelling salts after a mental eclipse. In "Postive Practices and Novel Ideas," we dash through a number of singularities that seem to be getting it right.

The tonic semi-works. We’re treated to the healthy experiences of a number of playwrights I happen to admire: Liz Duffy Adams, Adam Bock, John Walch, Amy Freed and more. Also we hear of a number of theaters and arts organizations that are making a difference. Yet for me, the takeaway about many of these success stories is that they succeed not working the system better than others but largely by transcending the system altogether.

Ironically, therefore, the book in general and the last chapter in particular both inadvertently reinforce a conclusion that many of us have already come to. Which is that the only way to win is not to play. Let the regional system dodder on if it wants to; we don’t have to ape its shopworn antics. The powerful, numinous, affecting work is happening at the extremes: the mammoth venues like BAM that can afford to present important work, and the numerous small theaters around the country that aren’t waiting for funding and subscribers and so-called “world-class” status. Likewise you can look to the “fringes” for encompassing, community-based theater experiences that that have genuine impact on human thought and feeling, and you can look to the many excellent one-person shows to provide an honesty largely missing from the regional machinery of theater production. For these theater artists, Outrageous Fortune is mostly irrelevant.

Don’t get me wrong; this book is valuable, and has already succeeded in its goal of being “the start of a conversation” (those are its closing words). It’s just that some of us feel the tiny universe described in Outrageous Fortune gave up on us long before we gave up on it.
Posted by Mead at 1/21/2010 11:07:00 PM

Without having read the book, what you've posted here confirms what I've suspected. Thanks for the insight, and thanks for saving me $15 because I don't have to go out and buy it anymore. :)

Oh god. Now I'll be expunged from the good books, as it were, of Todd, David, etc. Oh wait -- that's right, they haven't responded to my emails and phone calls for years.... so never mind.

Actually, though, Mr. G, I really don't mean to stop a conversation. I do think the book's findings are significant, and I'm hoping against hope that they lead to real change. Hoping against hope.

Is that me you're referring to, Mead? If I've missed a phone call or an e-mail from you I'm sorry to hear it! Perhaps it's another David.

Anyway, I too found the reading hard, emotionally, but also a relief. There's finally a substantive data set, thoughtfully analyzed, underneath the stuff we've all been dealing with for years.

I also agree, this book examines a segment of the overall ecology for new works and generative artists. It's an important one in that so many of the resources are under the control of this particular system. And, if the people and institutions managing these resources were suddenly to discover more effective avenues of stewardship, the picture would improve all over the field. I do feel like it's the start of something new.