Here’s a hankful of groovy upcoming events, if you happen to be in the Portland area soon.

Tomorrow, Sunday Aug 16, dramaturg at large Kim Crow is hosting a bake sale benefit from 10:30 am until 4 pm at NE 17th & Schuyler, one block north of Broadway near the Irvington Farmer's Market. All goods are made with love by Kim herself. Check out the menu: 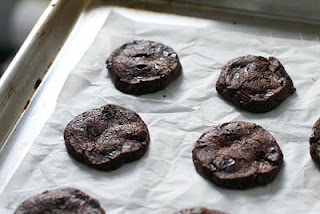 Who does the sale benefit? Hopefully, KIM, who is trying to make her way to Ghana to visit her sister and her family in their new home – a noble cause. I advise getting to the bake sale early because between the James and I, we may well sell it out. 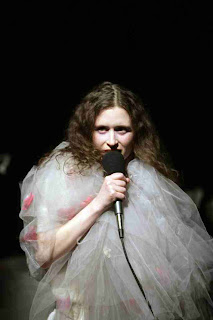 Monday, August 17, from 7 to 9pm in the lobby of the Gerding Theater, Hand2Mouth Theatre is having a special send-off party to support its New York City premiere at the Ontological-Hysteric Incubator at the end of this month. Get this, the party features Holcombe Waller, Al James (of Dolorean), and Faith Helma of H2M fame (Faith will be doing a section of Undine, the show that's going to NYC). Admission is a sliding scale from $5 to $25. 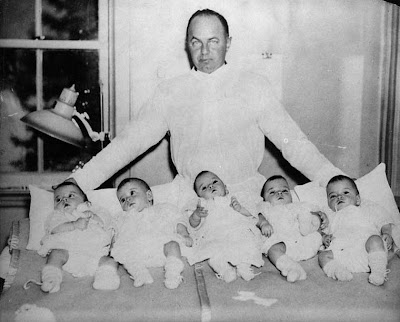 Hell hath no panic like a Douglas revealed, although until now that wasn't a problem. Douglas is a happy, hidden town. Everyone is named Doug, likes tea, and gardening, and the quiet life. The world doesn't bother them and they don't bother the world. Until a renegade Doug invites radio reporter Harriet Mirion to do a piece on Douglas. Will the feature she's planning ruin their little utopia?

"I'm excited to spend some time in Douglas this August and so should everyone else. Andrew's created such an absurdly funny world and given us characters we can really care about" says Artistic Director Andrew Golla, "And we've got a very good idea of what we're trying to find out in this workshop, so I'm planning on getting some great work done on this fantastic play."

Andrew Wardenaar has been writing plays for the past three years and is thrilled to see Live, from Douglas featured in this year's LabWorks workshop. His other full-length play, The Next Smith, was read in January as part of the first-annual Fertile Ground Festival.

Live, From Douglas is a real treat - a sharp script that is truly funny and full of whimsy and heart. I'm very excited Andrew has been given this opportunity - and congrats to PTW for keeping their development programs alive and kicking. GO SUPPORT THEM!!!