Seven years ago today, I arrived in Portland. And I can’t help but ascribe some significance to the time phase. Domestic mythology tells us that our bodies renew themselves on a cellular basis every seven years, and guess what, I was actually ending just such a cycle at that time.

Which means I’m ending another such phase right now. Astrologers call this the Saturn cycle, referring to the period when the imposing planet crosses the same degree in space (as observed from Earth, that is) that it occupied at the moment of your birth.

Every Saturn cycle has its own set of connotations – most notably the fourth one, the dreaded “Saturn return” of people’s late 20s, so often regarded as a reckoning and a wake-up call. But the more progressive astrologers will assure you that planets are not out to get people, and any life passage that occurs represents an opportunity, not judgment day.

But enough about you. My previous Saturn cycle – the 7th of these 7-year visits – is often associated with last-ditch attempts to hold on to some sort of status quo. And so it was with me. I had serious doubts about going to work for a self-identified “regional theater” in the industrial sense of the term. But I talked myself out of them for one major reason: Portland. Knowing I was a tad long in the tooth to keep relocating to cities I didn’t actually like, I figured that whatever else happened in Oregon, at least it would be happening somewhere I genuinely wanted to be.

Now: my upcoming date with the giant planet is frequently referred to the second Saturn Return. It’s often a time when people finally let go of outmoded habits. Often they realize there are certain things they just don’t need to do any more. Whether you ascribe this time of life to cosmic radiation or cellular renewal or empty nest syndrome or what have you, many people decide that it’s now or never.

You know, Saturn’s periodic appearance tends to scare the astrologically minded because it reflects a psychological booby trap. Probably you’ve experienced this yourself – that it happens more often than not, when it’s imperative you make a major change but you just can’t seem to get round to it…..something pops up in your life that forces the issue. Something, perhaps, that you had some small hand in manifesting? You know? Unconsciously, maybe, just a little? 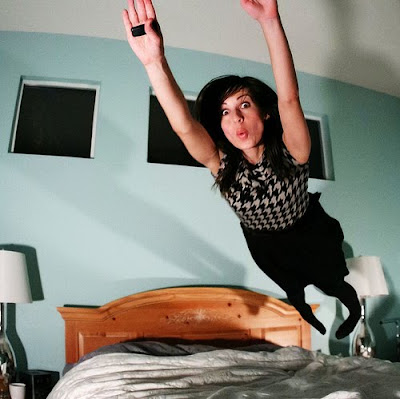 That happened to me this year. It was brutal and unpleasant and the ramifications continue to ripple out, but thank you St. Michael and all your archangels for bringing it about. Because I wasn’t electively making the changes I needed, much as I wanted them. When lo, Saturn showed up and kicked my butt.

Not that I’m not grateful! I am. Truly. And yes, I’m still losing sleep over what the future holds, and I’m still working hard to divest myself of some residual resentment that all this didn’t happen on my own schedule. Yet I can’t deny I’m looking forward to the Saturn cycles to come, all of which betoken concentric circles of liberation, rippling infinitely outward from here on.
Posted by Mead at 8/28/2009 10:41:00 PM

Email ThisBlogThis!Share to TwitterShare to FacebookShare to Pinterest
Labels: Saturn

love this post, and the one before it about your beloved dog.
i'm loving your blog more each day.
thanks mead.

(Big smile) Said in only the way you could explain it. I only wish that someday, in my life I can express my presence as well as you.

Too kind, both of you! Thanks very much.

What a lovely post - especially the last line. For someone like me who is terrible at "change" - thanks for the comfort.

Oh and...I want to see a picture of you flying over the bed.

Oh Dolly. She said whistfully. That was really beautiful.

okay, that cell renewal thing, can someone tell me why the cells come back jumbo sized?

Letting go... sigh, doesn't get smaller or easier. You, my friend, are blossoming through regeneration beautifully and angels will easily find you.

Levitating to your words (totally unrelated to bed-bouncing). Opportunity, timeline, perspective, growth, mysterious future...thanks for putting that all out there.