For purposes of the Drammy Awards, known informally as "Portland's largest cast party," the 2009-10 theater season came to a close on May 30, Memorial Day's Eve. And now this Monday evening, June 14, we gather to find which artists, theaters and productions are distinguished with acknowledgments of outstanding work. It's a fun, often moving and always uproarious evening of theater folk acting up. And this should be especially so this year, as hosted by Portland's answer to Cary Grant, Mike O'Connell of Third Rail fame. Or, well....think of Cary Grant's enduring good looks paired with the insouiance of Dennis the Menace and you'll have the right idea.

In fact the actual event looks something like this: 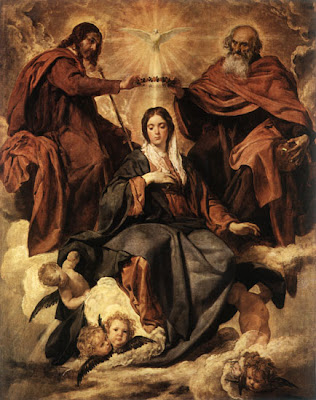 All year I look forward to the event, yet with mixed feelings; every single year it winds up that I'm thrilled about some awards, but also tied in knots for the nominations that didn't ultimately stick. Actually it's fairly hard to get a nomination to blossom into an actual award; 80% of those who saw the nomination in question need to vote "yes" to make it a reality. While this often frustrates the few who are passionate about that nomination, the good thing is that it keeps the ceremony from being diluted by awards that were strong-armed into being.

Kay Vega will receive the distinction of Lifetime Achievement Award for all she's accomplished at Lakewood Theatre Company. Beyond that I can only say: expect to be surprised.

Isn’t “line-up” the same term they use on those crime shows when they’ve rounded up the usual suspects? Perhaps the parallel’s fitting, since JAWhas assembled an impressive rogue’s gallery for us again this year.

The festivities kick off with two Made in Oregon readings. One is by Sarah Jean Accuardi, an extremely talented Portlander who’s been studying at Northwestern in recent years(she just got her MFA there), where she was mentored by the brilliant Rebecca Gilman. Now she’s bringing it all back home. And guess what? She started out in JAW back in high school, as a Promising Playwright -- the first one! This writer is fiercely talented -- even if she doesn’t know how to spell dramaturg (kidding!).

And then we get a new play by Ebbe Roe Smith, Night Terrors. In a recent conversation with one of the nation’s finest playwrights (whom I won’t name because she’s pathologically private), she told me: “Ebbe is a genius. He really is. Nobody can write like he does.” So there you have it. No pressure, ERS.

By the way, Ebbe’s been in JAW before; his play Number Three was workshopped several years ago in the Festival and subsequently received its premiere right here in Cascadia, thanks to the far-reaching vision of Third Rail Rep. Ya, that’s an Owen Carey photo of the production above, with Tim True in the title role.

Made in Oregon presents on July 17 & 18, and is followed by the “Festival Weekend Playwrights” on July 24-25. Conspicuous among the guest writers is theater trailblazer Will Eno, whose play Middletown moved us and startled us during JAW 2009. His new play, Gnit, is based on Ibsen's bizarre epic poem Peer Gynt. Which means we can expect revelation, despair, hilarity, horror and existential self-actualization. This will be a must-see.

I’m equally excited about hearing Sam Gregory’s play Necessity. As one of Portland’s most respected theater figures (and, ironically, one of its best-kept secrets), Sam has been quietly crafting elegant, language-is-a-virus plays for many years now; a new Sam play is always an event. Color me partial -- Sam’s a former member of my much-missed playwriting cabal, PlayGroup -- but I believe Necessity is one of his best works ever.

Jason Wells I don’t know, but his impressive background has certainly got me curious. And Rob Handel is an exciting, innovative wordsmith who is helping shake up not just playwriting itself but the very environment that produces it; he’s a founding member of the writing collective 13P.

As always, no need for tickets at JAW (it’s free) and you can leave the tux at home -- it’s an informal, script-in-hand process that gives you a peek into where playwriting’s headed nationally and how dramatists are responding to the “interesting times” we’re living in. See you there.
Posted by Mead at 6/09/2010 10:23:00 AM 4 comments:

Email ThisBlogThis!Share to TwitterShare to FacebookShare to Pinterest
Labels: JAW 2010

Breaking news: it's raining in Oregon

Clearly it’s a 40 days/40 nights plus scenario here in tropical Portland OR, and people are freaking out. Though it’s traditional for the heavens to pour down on the annual Starlight Parade, for once the rain actually gave us a brief intermission, especially for the occasion, apparently, before returning to business as usual overnight.

It’s been raining now for months, and while everyone else gripes about it, I exult. My garden is growing itself! The entire city is shades of emerald, viridian -- it’s viridifloral, how about that -- and I’m not just referring to the moss. Okay, so my basil plants are drowning and the tomatoes are outraged. Everything else says THANK YOU.

“Rain-grey town….known for its sound…” Though the song wasn’t talking about San Francisco at the time, it fits Portland in both its sentiments and its scene-painting. This wuthering, brooding, tempest-toss’d mess is what I moved here for eight years ago, eschewing the unvarying desert of L.A. for good. So I’m astonished every single year when real-live Portlanders say: OMG, the rain! As Ken Kesey wrote in Sometimes a Great Notion, “It ain’t no secret it’s gonna rain in Oregon.”

But-but-but, you point out, he was talking about the winter. Whereas we’re supposed to be well into summer by now here. Well, console yourself with the study of historical climatology, which posits that the endless warm, wet summers of the Elizabethan era may have contributed to a creative “climate” producing the likes o’Shakespeare, Marlowe, Dowland and Inigo Jones. Not to mention Queen Bess herself.