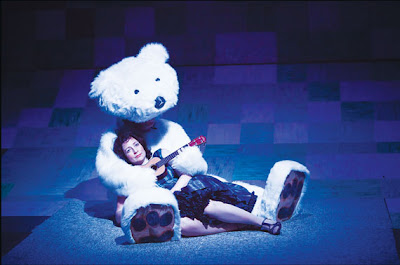 Ah, The Drammy Awards, 2011 edition. We always call it the year’s largest cast party. And every year it really does feel that way, as a good chunk of Portland’s theater community gathers at the Crystal Ballroom to honor another season of gobsmacking theater. Darius Pierce, whose sense of humor make Stephen Colbert look like a stiff, hosts. The famed JAW Festival gets a special achievement award. And beyond that, all bets are off.

If you're not from around these parts, you may be surprised to learn that Portland has a lot of theater — much more than you’d expect, for a town of this size. Every year the work of over a hundred companies is considered for distinction. And, yes, why not admit it, some of that work is subpar (London’s about the only city I know of where you can walk into a theater at random and probably have a good experience), but an astonishing amount of each season’s offerings is of impressively high quality. 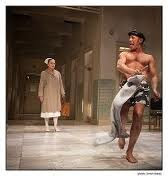 Even so, it’s actually pretty hard to get a Drammy Award. Only Committee members who have seen a particular show get to vote on it, of course (there are 15 of us in all), and a nomination must get a whopping 80% of ayes to carry the award. Which means that if all 15 can vote on a particular nomination, that’s 12 people who have to be in agreement. Yikes.

This also means that often a show arousing strong feelings pro and con will fall victim to a hung jury. How this pans out if that for me personally, every year I’m proud to have nudged an award or two in being that wouldn’t have carried the day otherwise . . . and contrariwise, there are some that I really, really regret not being able to inspire enough swing votes. I bet if you polled all 15 Committee members, all would say the same thing. 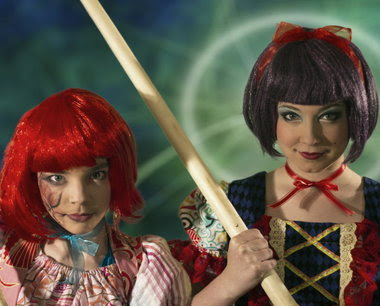 2011’s ceremony, which takes place Monday evening at the fab Crystal Ballroom, will much of a muchness only more so. There are going to be a few surprises that will astonish people. And some popular favorites that will cause standing ovations and verklempte acceptance speeches. And then too, as Ben Waterhouse points out, part of http://www.blogger.com/img/blank.gifthehttp://www.blogger.com/img/blank.gif fun is griping about all the deserving people and companies who were — yet again! — “overlooked.”

See you there. But you might not see me. I’m thinking of pulling a Ruth Reichl. Not because anyone's looking for me, but just because how often do you get to go somewhere incognito?
Posted by Mead at 6/12/2011 02:13:00 PM

I'm super sad to be missing it - I fly out for my residency on Tuesday so tomorrow is packing/cleaning/early-to-bed night. But I look forward to hearing all about it!