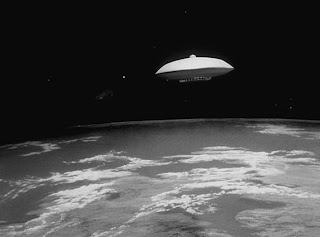 As foretold, I’m heading down to glam L.A. County this weekend. I have not been back to L.A. since I left in fall of 2002; I expect to be totally intimidated by the freeways, to take a wrong turn and wind up lost in the trackless wilderness of Valley Village. Mercy!

I'm aiming for Pasadena, actually, and later to Boyle Heights in East L.A., where I'll see Part 3 of Nancy Keystone and Critical Mass Performance Group’s epic theater piece, Apollo. Follow this link and it will direct you to a site about Part Two, which was developed at PCS, and from that page there’s a nifty page all about Critical Mass’ remarkable work as an ensemble. (For some reason, you can’t get there from here, sorry.)

This leg of the adventure was funded partly by a grant from The Alfred P. Sloan Foundation, through its connection to San Francisco's fab Magic Theatre. In recognition of that, I’ll be leading a post-play discussion with Nancy and an affable man named Craig Peterson. Craig, who is a JPL astrophysicist, recently served as a science advisor to the project. The discussion happens right after the Monday performance (see below), so for all you blogomaniacs who live in the area – come on down! Here’s all about it. Photos to come!

An epic narrative of America, exploring the U.S. space program, its relationship with Nazi rocket engineers, and the surprising intersection with the Civil Rights Movement…from the U.S. Civil War, to Nazi Germany, to the American South of the 1960’s, to the reaches of Outer Space…

Please join us for a workshop presentation of the final part of the trilogy. Parts 1 & 2, which explored the relationship of Nazi rocket engineers and the U.S. space program, premiered at the Kirk Douglas Theatre in 2005 (under the title Apollo [Part 1]: Lebensraum). Part 3 will premiere at Portland Center Stage in Oregon, where the entire trilogy will be performed together.
• • • • •
Apollo [Part 3]: Liberation is being developed through the generous support of the Flintridge Foundation;
Partly commissioned with support from San Diego Repertory Theatre and Magic Theater/Alfred P. Sloan Foundation New Science & Technology Plays Initiative;
Partly developed at Portland Center Stage with the support of Theatre Communications Group and the Pew Charitable Trusts through the National Theatre Artist Residency Program.
Posted by Mead at 11/06/2007 10:03:00 PM