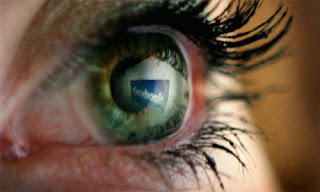 “Welcome to the biggest time-suck on the planet.”

That was how a friend welcomed me into the virtual netherworld of Facebook. But by the time I got her warning, it was too late – I was hopelessly addicted to the constant twittering of the self-described “social utility,” with its daily stream of announcements, friend requests and notifications.

It all started about a month ago, I guess. Morgan Jenness -- a different friend than the latter-day Cassandra previously mentioned– inveigled me into joining. Morgan is spiritually fearless, and when she bids me to follow, I do. Little did I know that Morgan and I were just about the last people in the theater troposphere to join up. Everybody was already waiting there! People I see everyday, and people I hadn’t thought about for ages. People from way back in the 20th century! People that I….well, let’s be honest, people that I never expected to hear from again.

That’s the wonder and horror of it, you see. When you set foot in Facebook cyberspace, it’s as though a bell sounds, and the vibrations it sets in motion ripple endlessly out through the virtual galaxy.

You learn quickly to set limits. Otherwise you’re assailed by silliness – endless requests for vampire bites, good karma points, the smartest person contest, the “you’re a hottie” race, the packrat invitation, the movie quiz, the what kind of dog would you be poll, and lalalalalala on it goes ad infinitum. All this is controllable, though; information feeds can be suspended or ignored or even expunged out of existence.

There are endless little applications you can tinker with, such as playlists you can share with your colleagues. And this is the reason Facebook is free, really. By participating, you agree to the constant collecting of information about you – information that can be and will be shared third parties to the thirteenth power. This worried me briefly, till I remembered this is already constantly going on anyway. What’s the diff if Facebook lets Blockbuster know of my sweet tooth for French New Wave flicks or tells Amazon about my taste for overproduced muzak of the late 60s. You know?

And now….look, I’ll admit it. It’s fun being in touch with people spanning four different decades of my life. I like taking a minute out from my insane workday to discover that Wendy is teaching a directing class, that Megan is worried about Kristan and that Norman is attending a Civilians performance. I love it that if I report I’m in bed with a headache I’ll be flooded with sympathetic notes from New York, Omaha and London within hours. And it’s fun playing Scrabulous with Enrique and Todd long-distance, even if they are trouncing me mercilessly.

Mead...we're not talking about...the Tijuana Brass? Please tell me we're not. (Though I have to admit an unexplainable weakness for Petula Clark and Jimmy Webb.)

Funny. MySpace had a brief mindlock on me for awhile, but I just haven't clicked with Facebook. Not sure why, but so far I've resisted its charms. Maybe because doing a real blog has proved so much more fun.

P.S.: The audience looks great for tonight, and I think we're going to finish strong. It's been fun, but I think I'll be ready to go back to being a mild-mannered, ink-stained playwright.

Current update on the Kristan: I am watching him play guitar hero in between reading scripts. His skills improve everyday but he will never catch me!

Mead keeps sending me invites to implement new Facebook applications and such, but I will not buy into his evil ways. I WILL NOT.

You're a wise man, PG. Resist the siren calls, one and all. Even I have to admit that I never met an "application" I didn't regret downloading.

Except for Scrabulous. Up for the challenge??

Fuck, Mead, the main reason I joined Facebook in the first place was to play Scrabble. At one time I would have like 30 games going on. It was INSANE. So I stopped, thank god.

Oh man--did you know I'm in love with the Civilians? since seeing their Gone Missing last summer. And now of all groovy things, one of my last-year graduates who got into the ATL apprentice company auditioned for and was cast in the ensemble of their new one premiering in Humana! I am excited and proud and actually thinking about going to Louisville for a long weekend in March . . .

I got an invitation to be on Facebook but I looked it up and found concerns like this:
http://daily.stanford.edu/article/2006/9/25/facebookPrivacy
and so I decided it's too Hotel California for me personally. Which is why I'm glad I get to cozy up to reading blogs like this one, instead. Succulent, yet baroque.

Oh, yes. There are many such articles out there. This Stanford piece is the only one that doesn't sound shrill to me, and I think it's because the writer joined Facebook with one set of assumptions and then it morphed.

For more recent members, I can only think: what did you expect? It's a market-driven internet tool, paid by for advertisers (which is why it's "free"); hence privacy became an antique concept when you created your password. That's the price of admission.

There's an E-Z rule of thumb for the Internet if you're wondering when things are truly private. The answer is: NEVER. And it's rarer than never with a "social facility" like Facebook. With Facebook, mySpace, blogging etc etc, you should never commit anything to virtual print you're not willing for the whole world to see.

Fortunately, unless you're a politician or a celeb, most people really aren't interested. But as George Bernard Shaw put it (along with my proleptic cousin), "you just never know....."