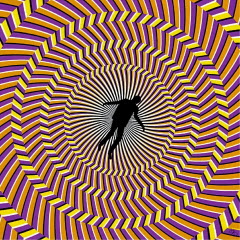 Thus did Virginia Woolf once abjure herself, for going months without a diary entry. The imprecation comes to mind now because I see I’ve gone eleven days without making a blog entry, the longest stretch of silence ever. But never mind the self-flagellation – PCS has been dizzy and bizzy. Three openings in three weeks! It’s been a delirious kaleidoscope of vertigo-inducing fun.

It came to a climax this past weekend, which started with the opening of Sarah Treem’s funny and affecting new play A Feminine Ending. This play is especially dear to my heart because it started in JAW, when Sarah was a shy youngster just starting out in the theater universe. Granted, she was a youngster very fast out of the gate, having only recently graduated from trade school (the Yale School of Drama, I mean) and already with invitations to Pacific Playwrights Festival as well as JAW, and a South Coast Rep play commission in the works. Recently too she started writing for HBO’s intriguing new experiment in programming, In Treatment.

So flash forward to 2008, it was a profoundly moving event to open the show in our new building, with a phalanx of SCR royalty in the back row (the production is a co-pro with them), and the audience leaping to their feet at the curtain call.

Not only that, but Sarah returned to PCS’s rehearsal hall the following afternoon to teach a Community Artists Lab. (These are continuing ed occasions we offer from time to time on various topics; they’re free of charge to participants, but of course we pay the sessions leaders, and this year the support for the teachers has come from the brilliant people at Oregon Cultural Trust.) Sarah was a bracing teacher – direct, clear-eyed, supportive yet incisive, a veritable Tiresias of playwriting.

Not only that, but the fabulous Amy Freed was on had this weekend, seeing what we did with her play The Beard of Avon (she graciously said she loved it) as well as seeing Twelfth Night, directed by her friend Jane Jones.

AND Amy did her only Community Artists Lab on Sunday, before dining with Chris Coleman and winging her way back to the Bay Area.

Amy’s style as a teacher was fascinating: quiet, confiding. She assumed all participants was her peers, and spoke to them as such. Considering she’s been a Pulitzer finalist (for Freedomland) and that she received both the Kesselring Prize and a McArthur (the “genius grant”), hers was a generous assumption, but all the playwrights there that day blossomed from her attention.