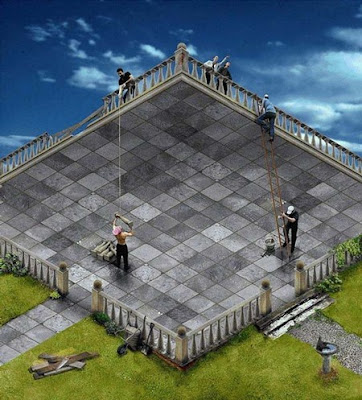 Just for fun, check out the results of a recent survey conducted by The Denver Post, which -- lacking no sense of irony -- ran on Valentine’s Day. The results, redacted from a canvas of 177 theater folk of various stripes, is the “10 most important American plays” ever produced.

Probably you’ll have few quibbles with the top ten themselves: Death of a Salesman, Angels in America, Streetcar, Long Day’s Journey, etc. Of greater interest, actually, is the rest of the list, which runs to 294 titles. This by itself is intriguing; few people could recall that many plays on their own, but the collective brain trust ranged astronomically wide -- Rodgers and Hammerstein share column space with the Wooster Group, and Sophie Treadwell rubs shoulders with Adam Rapp.

All of August Wilson’s plays are on the list somewhere (even Jitney), three of which land in the top 20.

There are two plays I never even heard of -- but no doubt they’re fabulous, since they both came in ahead of such plays as Tea and Sympathy and Thom Paine, based on nothing. Also, since words like “important” are being tossed around: Other People’s Money beats out Ragtime in the rankings? Really?

Presumably Uncle Tom’s Cabin doesn’t rank higher than it does because several adapters appear to have had a hand in its stage version (all unauthorized, naturally) and because it’s not exactly written in deathless prose, but it would have been in my top ten fur shur. And I do the brilliant version of it from some years back, The Drama Department’s Uncle Tom’s Cabin, got a mention. But there, you see? My ideology is showing. And if most of the 177 people polled for this survey are as idiosyncratic as me, then, well…we need not kid ourselves about its science.

Never mind, though, it’s still fascinating. Most telling of all about the top ten rankings is that is that Angels in America is the most recent entry, with Fences coming in next. After that we’re slip-sliding away into earlier 20th century. The highest-ranking plays can only boast of two living playwrights! Are we so academic anymore that we dare not hail something current as also important? To be fair, August: Osage County clocked in at #11, but after that it takes till #52 (Octavio Solis’ Lydia) to get a play of recent vintage.

Hey, Moises Kaufman, Jason Grote, and Adam Rapp are on there. That's pretty cool. And Mac Wellman's on there multiple times.

Plus "Buried Child" is in the top 20. Unfortuantely, it's below "The Odd Couple." *sigh* There it is.

Mead,
Amazing that such a list was compiled! At first glance I see two plays (maybe there are more?) that aren’t American: Frozen by Bryony Lavery and A Day in the Death of Joe Egg by Peter Nichols.
I would have included; Clare Chafee’s Why we have a Body, and William Gibson’s A Cry of Players…
Gemma

FUNNY GIRL is on the list, although it has a very weak book by Isobel Lennart & The post list it as Jerry Herman, who had nothing to do with this show, in fact there is no musical number called- FANNY! that is sung by the chorus as the lead character descends a staircase.

Easy Virtue by Noel Coward is not American play.

I am pleased to see 2 of my most favorite American plays: AH WILDERNESS! & THE MAN WHO CAME TO DINNER on the list.

I would add: GYPSY, which I think has the strongest book of any musical (Arthur Laurents)