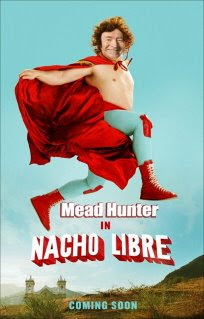 That’s right, the birthday madness continues. Thank you Dawn Young for the droll mortification at right. I feel a new Facebook portrait coming on.

Anyhow. It was my good fortune last night to take in another high watermark in the annals of Portland’s crazy-ass one-off events. This one, InsomniACTS, was a benefit for Portland Theatre Works that sets a new benchmark for fiscal transparency: all the money raised by the event goes toward a workshop of a new play by Andrew Wardenaar this coming spring, Live from Douglas.

InsomniACTS was a double-headed beast, conceived by PTWKS’s AD, Andrew Golla, and playwright/impresaria Eugenia Woods. Eager patrons crowded the fabulously groovy Hipbone Studio on Friday evening to see short plays by six notable Portland dramatists, including Nick Zagone, after which each writer was auctioned off on the spot. The winning bidder got to commission a playwright to write an entirely new short piece, with first and last lines of the commissioner’s choosing. Then the assembled voted on three props that had to be used in all six playlets.

Oh, and the playwrights had from then until 6:30am next morning to compose and turn in their scripts. Which would be cast and rehearsed that day, for presentation that same evening.

When I showed up on Saturday night, you could taste the excitement; a nervous flutter made the Studio seem to flap like a sail. Actors running back and forth; directors toting sacks of props peculiar to their own piece; an audience clearly prepared to have a rollicking good time. And they got it. Me, too.

The props turned out to be a gas mask, an oversized ladle and a stuffed crow. The given lines, in every single case, were of course diabolically challenging. All the writers did a game job, but specials props must go to Ellen Kesend for her hysterically funny and excoriating send-up of American recklessness, I Sold It on E-Bay.

With any luck, InsomniACTS will be an annual event. If so, they’ll be turning people away at the door, so get there early next time. And Andrew: jack up those admission prices! It is a benefit, after all.
Posted by Mead at 10/12/2008 10:46:00 AM