The most overlooked movie of last year? 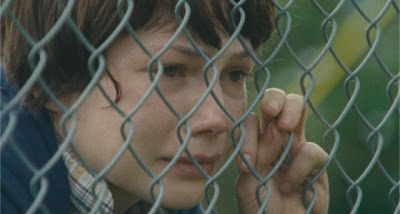 There’s a reason why I rarely review movies here; I see most everything a year or more after everyone else. And discussing ancient films is doesn’t exactly lend me currency, you know?

But I have to make an exception for Wendy and Lucy, the austerely beautiful 2008 release from auteur director Kelly Reichardt, written by Jonathan Raymond. It took me a long time to get round to this movie because the basic premise – young woman loses her only friend (her dog) en route to a dubious future – sounded too painful to watch. But the film was shot in Portland, mostly in the northwest industrial district, and I have friends in the cast, so I braved it.

It’s an amazingly wrought film – moody, slow, with little dialogue and less action, at least by the kind of Hollywood standards that demand reversals within the opening seconds of a story. Here you’re not jerked around by the usual devices of screenwriting formulae that tell you exactly what to feel in every moment.

Quite the contrary. It’s the story of a young woman, Wendy (portrayed with impressive understatement by Michelle Williams) who is driving from Indiana to Alaska with her dog – Lucy. Wendy has $525 in cash on her, and, as we find out, none of the other resources, like family, credit cards, etc., many of us take for granted. She makes it as far as a drab outpost of Portland, and then things spiral out of control – most notably, her car breaks down to where it’s beyond repair, and Lucy goes missing. Time to feel sorry for our plucky heroine, right?

Not really. Lucy is gone because Wendy left her tethered in front of a grocery story all day and someone took her away. And Wendy was gone all day because she got thrown in jail for shoplifting dog food. Later it turns out that before Wendy ever left Indiana, she was warned her car could break down at any moment. Even the impetus for the trip – the promise of employment in Alaska – turns out to be more of a rumor than an actual offer.

Wendy’s mistakes, it turns out, are mostly the consequence of sheer, youthful fecklessness. She’s brought her situation upon herself. But what of that? Do we feel less empathy because she’s the engine of her problems? Because ultimately…who is not.

Forgive me now for getting you this far and then dodging the question of what happens to the eponymous pair. The part of the movie I most want to discuss with you . . . I can’t. To do so would completely give away the point of the entire story. At this juncture, therefore, all I can do is urge you to see Wendy and Lucy and to relish the way it takes its time getting to the penultimate scene.

In this moment (which is followed only by a brief coda), we watch Wendy silently make a decision that changes the whole course of the story. Michelle Williams gives us an Oscar-worthy performance rendered almost entirely with her posture and her facial muscles. Those, and a few stark lines of dialogue, bring us to the story’s heartbreaking and probably ineluctable conclusion.

I will tell you, just in case you're faint of heart like me, that the film is not a tragedy. No. But when we comes to forks in the road, it can sometimes feel that way, can't it.

If you’ve seen the film, or when you see it, please talk to me about it. Because what would happen beyond the movie, if the story continued, depends entirely on whether Wendy believes what she herself feels and says. Whether she acts out of altruism or personal convenience is left for the audience to debate, and I'd like to know what you think.

BTW: Something I virtually never do is purchase DVDs of movies I’ve already seen, but I’m buying W&L so that I can watch the aforementioned scene over and over. I’m going to be haunted by this subtle film for a long time.
Posted by Mead at 7/03/2009 02:19:00 PM

I don't get to see movies until a year after they've come out either, so your review is current to me. I'll get back to you after I've seen it, but thank you for reminding me that I want to see it.

I've put off seeing this movie for the same reason you cite. I'm still not sure that I'll be able to convince Robin to see it. But your lovely review has convinced me that I really ought to see it.

I wanted to see it, it got great reviews & a some of it was filmed on my block. But, I can take heartbreak, but I can't deal with heartbreak involving a dog. Really. Old Yeller has scared me for life ( & that was in 1957!). Really? Do you think I can handle this? I loved Micheele Williams work in Brokeback Mountain... but,...

Thanks for the review, Mead. I have had this on my list and must now push it to the top!

This movie wrecked me! Williams' performance is so understated and real. While it's ultimately not a tragedy, being immersed in her vulnerability put me on edge more than a really good thriller.