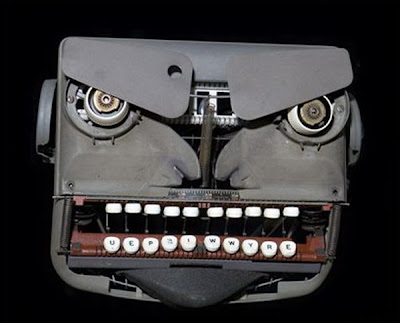 First, a confession. Following a fairly good attendance record at Made in Oregon last week, I saw only one third of the Big Weekend. Made it to Day One, but had a migraine the next day and a family thing the day after that. So I was MIA for most of the Festival, which included missing my beloved site-specific pieces, curated by the debonair Tim DuRoche.

But oh that first day! Arrived at 3:45 on a hot Friday afternoon to find a large crowd swelling on the Eleventh Ave, outside the Armory doors. Clearly it was a smart move to launch the weekend with the latest opus of A-Gay Extraordinaire Marc Acito. Minutes later the theater was jammed with theatergoers all a-titter and no doubt a-twitter to be in on the fun escapade.

And the play, Birds of a Feather, delivered big time. Marc can pack more laughs into a square centimeter of time than any writer I know. The audience shrieked, chortled, guffawed and otherwise cachinnated throughout the play, and many of them, including myself, where surprisingly touched by the ending.

Marc has work to do, of course (hello, that’s the whole idea of the Festival), but there’s a good commercial play in there that some smart theater is going to make a killing on.

The evening showing proved the record attendance of the afternoon was no fluke. Surely it was a record-buster for JAW, with most of the floor filled and the balcony open as well. The attraction? Naomi Iizuka’s fascinating new mystery, Concerning Strange Devices from the Distant West, a mind-bending puzzler rich in language and imagery both. What I love about Naomi’s writing is that her visual sense is wholly integrated into her storytelling; they are inseparable. All of which makes her work theater in the purest sense of the word – unlike a film or other finished medium, her work is evanescent, and can only exist in the performed moment. When this play is produced at Berkeley Rep next season and directed by Les Waters (who also did the reading here), it’s going to be eye-popping. I plan to make the trek down to see it for sure.

Also I want to mention that the two Promising Playwright curtain raisers I saw – Freefall by Daniel Felder and Open the Box by Robyn Pritzker – were outstanding. Breathtaking, really. Enough to convince you that the next generation has plenty to say to us.

Judging from Friday’s start to the Big Weekend, JAW 2009 was well on its way to being a high watermark for the 11-year-old event. Here’s what I can tell you about the rest of the offerings:

Jordan Harrison, author of Act a Lady, brought his new play about a book-free dystopic society entitled Futura. Of course I’m partial to a play that begins with a lecture about typefaces! Jordan is one of the nation’s most dazzling writers, and someone will be snapping up this play soon.

Will Eno’s work has been striking a resonant chord in Portland for years now, but this new piece – Middletown – just might be his masterpiece. Imagine a fractured, funny, disturbing update of Our Town for this unsettled era we’re living through. Somehow Mr. Eno has written a play that manages to be a cry of existential dread and yet somehow remind you how lucky you are to be here.

You may know Stephanie Timm from the body of exciting work she’s already written for Seattle’s stages; now she’s a graduate playwriting student at UCSD, where she works with – guess who – Naomi. According to one source, her play On the Nature of Dust was “the hit of the festival” – but I must tell you that someone or other told me that about each of the six plays! Kimberly Rosenstock’s remarkable play 99 Ways To Fuck a Swan closed the Festival; Kimberly’s currently at Yale studying with Paula Vogel, who recommended her to JAW. From all accounts expect to hear much more about Mlle. Rosenstock in the near future. Along with this play of hers.

If you have comments to add about these scripts or any other aspect of the Festival – such as the star-studded panel on commissioning, and the site-specific pieces – please add them here. I’d love to hear what you thought.
Posted by Mead at 7/28/2009 11:28:00 PM

Email ThisBlogThis!Share to TwitterShare to FacebookShare to Pinterest
Labels: JAW 2009

I'm sorry to be off topic. But where did you get, or how did you create, the typewriter image with this post? Wow.

Isn't that great? I wish I could remember the source. As I recall, I found the picture by searching on "dangerous writing" and narrowing the search to images.

Nice to see you at JAW. Thanks for sharing your thoughts on the weekend. One of the things I love is talking to people after each performance.

Loved Marc's play of course. He always makes me laugh. It was very touching to sit right behind then (Marc and Floyd) as they watched the play. Talk about supporting those you love.

Anyway - I have come to the realization that I should never review theater...because if I really dislike something, everyone else loves it. Which is the case with Middletown. Just never connected enough to care.

That was all I got to see that weekend...it is less than 90 days until Halloween :)

Your impression about attendance was correct! This was the best attended JAW ever, even when you factor in the additional readings. We averaged 329 for the Big Weekend readings, 73% higher than last year's average. So sorry you didn't make it to more plays (nothing like heat to precipitate the migraines!), and sorry that I didn't get to 99 Ways... It was the only Main Stage reading I missed, and, of course!, everyone was raving about it Monday morning.