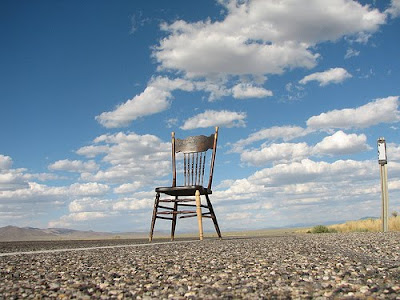 Some weeks ago I watched just enough of the Emmy Awards to hear a notion iterated several times -- that we’re currently enjoying a new golden age of television. Maybe they say stuff like that every year, for all I know, but this time the phrase struck me as more than mere pro forma puffery.

It started years ago with the ascendancy of cable – and with cable’s savvy predilection for hiring playwrights to craft its narratives, mind you. First HBO got hot, which spurred Showtime and others to catch up, and at long last even broadcast got with it, albeit within the confines of its métier.

I’ll never forget what a revelation it was when The Sopranos debuted in 1999, and how astonishing it was that HBO struck gold again two years later with Six Feet Under. Fodder for a different post is my conviction that neither series quite surpassed the miracles of their first years out, but never mind.

Both series also gave us conclusions that are still discussed, debated and admired today. I must have watched SFU’s final episode dozens of times now. And let me warn you right now, if you have not seen it, read no further if you don’t want to know what happens. In an act of awesome prestidigitation, the writers reversed the show’s very premise (or extended it): a saga that started every episode of the previous six years showing you someone’s death now extended that convention into the future, showing us the possible demise of each of the main characters.

At first viewing, I was puzzled. Why was the make-up so obviously overdone? Why the soft focus, and the nervous oscillation between the sentimental and the cavalier? But returning to the conclusion again made it clear that we were not seeing the characters’ “real” deaths at all. Instead we witnessed a projection of the story’s youngest protagon, Claire, as she broke ranks with the Fisher family to literally drive off into the vast desert that separated her past from her future.

All right. But why do those closing six minutes continue to affect me so much? My chest gets tight as I think about it even now. And what I think … is that the story of the Fishers ends at a defining moment, for Claire, that we have all experienced at least once (and some of us, several times): a moment when you know that the entire rest of your life in some sense spools out from that moment. So naturally Claire projects herself into the future. It all lies before her. Her life. And the endpoint that gives that life its poignancy, perhaps even its very meaning.

Not for nothing is this last chapter entitled “Everyone’s Waiting.” In the context of the episode, I think Keith says this to Claire, meaning that the family is waiting to see her off on her journey. But as so often with the show’s breathtaking writing, the phrase has multiple reverberations. Yes, everyone’s waiting to die. But also, some of us like to feel that those who have gone before us are waiting for us to catch up. In Claire’s final seconds of life, the camera scans the photographs on her wall to remind us of everyone we ever met through this story. Claire is the sole survivor, just about to join their ranks at last.

But wait, there's more. Something that stuns me about the series ending is that it speeds up as it goes along, giving you the vertiginous feeling you already know so well – that each year goes by faster than the one before, and that all too soon your hoard of days will be exhausted. Contributing powerfully to this sense of time overtaking you is the austerely opulent, understated and yet overpowering song that scores the sequence, “Breathe Me,” by Sia.

Here it is. Watch it again, and just try to resist the undertow. I wonder if television has ever had a better marriage of form and content.

Email ThisBlogThis!Share to TwitterShare to FacebookShare to Pinterest
Labels: Sia, six feet under

oh my god mead thanks for this. i agree completely about this show, and found myself watching the ending out of breath literally....
stunned by it. ranked with some of the best theater i've ever seen. stunning.
thanks for reminding me. i am planning to go back to the beginning of the show and watch it all again. but that last 6 minutes.. sublime.

Wow. That's the first time I've seen any of that show since it ended. I couldn't go back. It was too complete and full. I sobbed through that last part. It's an interesting idea that it's Claire's projection into the future. I understand the makeup is overdone. But I know it's what happened to everyone. Seeing everyone's life to the end, it's so intense, so haunting, so real. The same as if we could see everyone's life in our lives all the way through.
Thanks for your really lovely post.

By far one of the best moments in television. Thank you for posting it.

*sigh* Watched it. Completely lost it all over again. Thanks, Mead. (But it was a good losing it.)

That's a very keen observation regarding Claire's forward narrative. I can't help but think of Fitzgerald's boats borne ceaselessly into the past. (Or however he phrased it.) It's a testament to how well characters are drawn when you miss them almost as if they were real people.

when i saw that ending the first time- wow, i lost it too. just weeping.
we watched the whole series on dvd early in our life together, courtney and i, and we talk about the story from time to time, and what it was like to experience that stunning conclusion together.
couldn't watch the clip you posted.
i am halfway thru watching the whole series again, same way i read hundred years of solitude every few years...and i want the ending to be, somewhat, a surprise again.
thanks for giving me an excuse to think about it.

I think the final episode of Six Feet Under was the finest thing I have seen on TV & I have never fully recovered from viewing it.