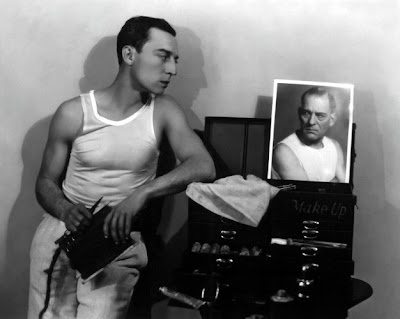 Chapter 3 of Outrageous Fortune, “The Way of the Play,” searches for passage through the shoals of new play production. Just as in the chapter I reported on previously, there’s enough in this lengthy assay to generate posts aplenty, so I’m going to narrow my focus. Doubtless different parts will leap out at other readers.

Again, much here is so unerringly true about the fractious journey from page to production that it’s almost a shock to see it delineated so well. Let’s face it, the pitfalls are legion. We all know this. Hence I was encouraged by this chapter’s opening question: “How can we clear the path for plays of merit to get to the stage?”

Alas, this chapter is less successful at responding to that conundrum and more articulate about how and why plays don’t make it. Even so, the chapter is rife with questionable assumptions. You know a bias has come to the fore when a major section has the boldface heading: LITERARY GATEKEEPERS; there's a faintly snarky tone to the whole subject. However, as a former literary director, I have to admit that much in the section was painfully recognizable. I especially winced later on in the chapter at a quote attributed to a playwright who referred to literary staffs as “neutered dogs biting their stitches.” Ouch. So true it smarts.

An aside: Literary folk can wield great influence at a theater, or they can be mere script-rejecters -- the spectrum is broad. But as the chapter points out, ultimately they are in the employ of the theater, not of the playwrights banging on the theater’s door, and that puts a torque on their relationships with the very artists they were hired to cultivate. Personally, I’ve lost some friends over the years because I ran interference at the express demand of one artistic director or another and didn’t dare intimate that to the playwright. I’ve even been disparaged in a popular performance piece for being a blowhard (I guess) because I couldn’t just say, “Look, my AD can’t stand you and you should shop your talents somewhere else.” But that is part of the job. Many literary managers (not all, but many) feel they’ve managed to accomplish whatever they have for playwrights in spite of their bosses, not because of their support or vision …………… only to be spat upon by both sides of the fence. For this reason, it is disappointing to see Outrageous Fortune parrot the extremely offensive term “dramaturged to death,” as though workshops would be new play nirvana were the playwright not shot down by a lone gunmen working on his own.

But anyway. A good chunk of Chapter 3 is devoted to script rejection. “The language of rejection needs to be rethought, and handled with probity and honesty, most agree.” Well -- sure. Of course there should be no dishonesty. But many writers ask for specifics when the fact is that often there is no satisfactory reason why a play does not stay under consideration. Many elements and disparate personalities come into play during season planning, and if the decision-makers’ discussions don’t generate enough heat, even an excellent play will fall off the table.

Also, let’s not be naïve. Do playwrights really want unvarnished honesty? If I say to you, “We passed on your play because we felt your ending was lame,” what subtext do you hear? If you rewrite that ending under the impression that now Theater XYZ will gladly produce it, and that doesn’t happen, then you will really feel had. The danger of specific criticism is that will be received as advice -- or even as a promise.

For me, this chapter’s most valuable contribution is its demystification of the commissioning process, which still, after all these years, is subject to much misunderstanding on both sides. Playwrights will find no surprises here, but theaters might. I hope commissioners at all levels will pore over this important section and glean some new ideas about the transaction -- such as understanding that it is a transaction.
Posted by Mead at 1/14/2010 10:47:00 PM

Upon reading the section on commissions, I thought of granting agencies, and the words came to me, in Bogartese: "The jig's up, mac." And two seconds later, I thought: naw. It'll just keep on keeping on.

What did you think about the bit where theatres tell authors "it's not right for our audience" and then a majority of playwrights come away thinking "it's the damned conservative audiences that are screwing me." I was a little skeptical, but, if it's true, it's a marvelous example of the Law of Unintended Consequences.

For the record, I've never had a theatre tell me it was the audience. Mostly they say, "You frighten us, and we hope you get the help you need."