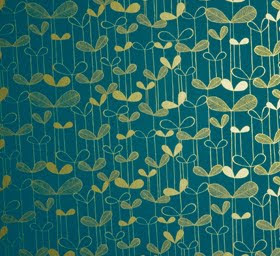 Fertile Ground the sequel takes the stage tonight at venues all over Portland, and this time the buzz is really, really audible. The inaugural outing last year was amazing, but let’s face it -- part of our exhausted appreciation stemmed from our astonishment that it happened at all. And that so much of the area’s theater community pulled it together to participate in it.

The difference this year? A broadened sense that Fertile Ground is a civic event -- a welcome and important addition to the public arena in a city already replete with great festivals for music, film and the fine arts and even “time-based” art.

Also, if last year made an invisible sector visible, this year ups the ante by happening all over town and beyond it. Playing with a full deck of 52 different theatrical events, Fertile Ground’s a great excuse to discover some fun venues you might not have visited before: the Curious Comedy Theater on MLK, Portland Playhouse’s converted church space, the World Forestry Center…even, for the dauntlessly peripatetic, the mysterious space in Milwaukee know as The Woods.

Night #1 of festival-hopping for me includes the workshop production of Fighter Girl, written by Catherine Garvin and Arlie Connor, directed by Diane Englert, in Brunish Hall; then over to the Hothouse (the Gerding’s mezzanine) for It Takes All Shorts, which includes short pieces by Claire Willett, Brian Kettler and Marguerite Scott, among others; after which I’ll dash across the river for the opening night party. Madness!

Because I don’t dare provide you with a top picks list that excludes any one of the 52 possibilities, instead I refer you to Marty Hughley’s faves, published in today’s A&E. Yes, that’s me on the cover, below, at Garden Fever, no less (my favorite nursery), surrounded by some outstanding Portland artists drawn from both theater and dance. 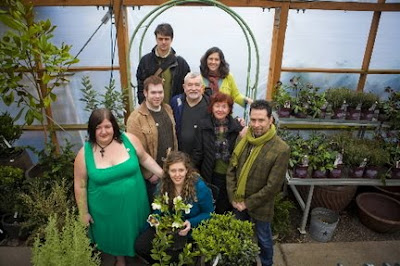 I'm actually NOT in tonight's thing . . . I had to skip it because of an OBT event I can't miss, although I didn't find out about it until it was too late to take my name out of the program. But go see my PG2 friends anyway because they're all awesome.

I think you looked very handsome ...especially in the inside picture. I am looking forward to several things in this festival. Best Wishes to your group!