What is real in a hall of mirrors? That question comes to the fore at Made in Oregon this Sunday with Patrick Wohlmut’s Continuum, directed by Stan Foote. Commissioned by the Alfred P. Sloan Foundation, this tense cat-and-mouse game will stick in your head a long time after the actors have taken their bows. 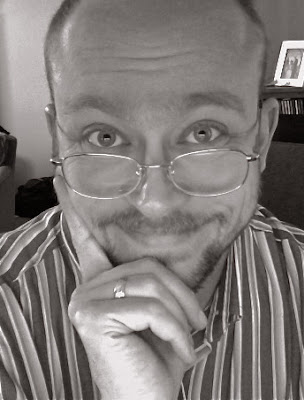 So Patrick. Continuum is a play of many reversals, and we have to revise our beliefs about the characters several times during it. What does this say about your world view as a writer? Do you feel that human character is essentially a constantly shifting work in progress?

I do believe that. Many people tend to think of themselves as presenting different faces to different people at different times. I think the truth is more complex than that, more rooted in the Buddha’s observation that (depending on who translates it) either “What we are is what we have thought,” or possibly, “What we think, we become.” I think our personality encompasses the full sum of anything we are in the habit of thinking, and that different situations bring out different parts of us. We don’t have many faces; rather, like Walt Whitman says, we are all large, and contain multitudes that may seem contradictory depending upon the situation in which we find ourselves. However, those aspects are not contradictory — they are all, in fact, us. That means that different people and situations reflect us in very different ways. The world is a hall of mirrors, and we see different aspects of ourselves in everything.

That’s why I tend to appreciate — and try to use — an aspect of playwriting that Paul Castagno describes in his book, New Playwriting Strategies. He describes a trend set by playwrights such as Len Jenkin and Mac Wellman, where character-specific dialogue is eschewed in favor of sometimes rapidly shifting vocal strategies, meaning that several speech genres — ways of speaking — can emerge in the course of a scene, an act, or a whole play. I’m not a die-hard adherent of this strategy of writing, because I think that people do tend to fall into specific speech patterns; it’s not all chaos. However, there’s something in that flexibility of character that attracts me and rings true.

Continuum plays this Sunday, July 17, at 4pm at Gerding Theater. Admission is free and no reservations are necessary, though I’d advise getting there early if you like sitting up close.
Posted by Mead at 7/14/2011 09:55:00 AM