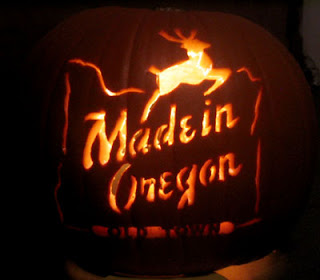 Heavens to Murgatroyd and all right already, I swear to Archangel Michael and all the saints that we will have the full JAW copy on the PCS website before this Monday’s out. To tide you over, though, I’d like to announce the three plays of the “Made in Oregon” series, which form a mini-fest of plays in advance of the Festival proper. Feast your eyes on this fab line-up:

JAW: Made in Oregon
Script-in-hand readings by three of Oregon’s own. All MIO readings begin promptly at 7:30pm in the Ellyn Bye Studio Theater.

The Cloud-Bangers
by Matthew B. Zrebski
July 8
All the clouds are cumulonimbus in this heady mix of meteorology, migraines and steamy romance. Only an air-clearing storm will reveal who’s zoomin’ whom.

Starvation Heights
by Ginny Foster
July 9
In this adaptation of the true-crime novel by New York Times best-selling author Gregg Olsen, lady doctor Linda Hazzard opens a sanitarium with some unorthodox treatments. When her clients start leaving her care feet first, a mysterious figure known as Nanny appears, determined to save two patients in particular.

Willow Jade
by Hunt Holman
July 10
Nowheresville, Southwest Washingon. Meet four aging chums with a good idea: stave off middle age by reviving their high school rock band. Bad idea: coming to terms with their past during a disastrous game of D&D – in costume.
Posted by Mead at 6/13/2008 10:30:00 PM