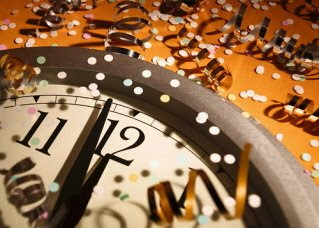 By way of ringing out the old, I’m going to take a page from my colleague over at ghost light and regale you with snippets of blogs I started in 2008 but never finished, which will now be relegated to the virtual lumber room forever. In no special order….

1. The Opposite of Schadenfreude. This was all about my envy of new play development oases that benefited in a big way from the Mellon Foundation’s recent burst of largesse, gaining in most cases a million megabux each. The NPD universe is small, so of course these are all friends that got these important award – The Playwrights’ Center, for example – so I’m very, very glad for them, and well appreciate the life-changing effect these funds will have to the good. But at the same time I was discouraged, thinking of poor JAW and how those funds could have made the Festival its own entity, not dependent on PCS for its funding. Now I say this fully aware that Mellon has been phenomenally generous to PCS, which in turns benefits JAW, but….I still can’t help think of what might have been. I know, call me Eeyore.

2. Blogs I love but haven’t had a chance to profile because my job takes up my entire life: DreadWhimsy.; FailBlog; what cannot be won might be coaxed; Inogolo; Marissabidilla; Beard.Revue.

3. The Lives of Others. A gorgeous movie ostensibly about a playwright but actually the resilience of the human spirit. Half the movie (the first half) is dramaturgically conventional, but the second half skids along the surface of a series of future events that winds up being powerfully, though quietly, profound. And any more description that that would be a spoiler.

5. Cousin Tabitha and I love to delight each other by having an Incredible String Band quote for every occasion. Handy fragments include: “winter was cold and the clothing was thin”; “certainly the children have seen them”; “shadowy fingers on the curtains at night”; “it’s gone like snow on the water”; and of course, “my cousin has great changes coming.” C.T. (NHRNoc) may have additional faves.

Whoa! You like Blonde Redhead? I am continuously impressed.

You never enjoy the world aright
till the sea itself
floweth in your veins,
and you are clothed with the heavens and crowned with the stars

thank you for meeting me along this journey

And C.T., I forgot "in quiet places where the moss grows green."

Good cheer for the new year. I look forward to another year of peeping at your posts.

Thanks, MTC, and likewise!