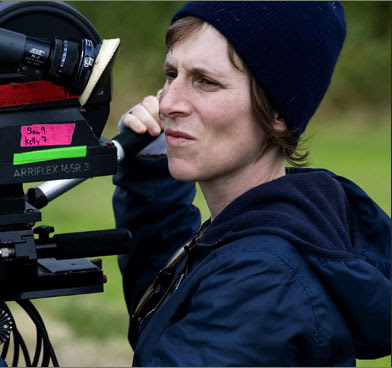 Who knew there was so much fiction set in Portland? I’ve read three in as many months, now, and each of the published this year: Portland Noir, Portland Queer, and now Jon Raymond’s haunting and memorable Livability.

While the author may not have set out to make the Pacific Northwest its own character, the moodiness of the region infuses everything. Whether Jon takes you to the coast, the Lloyd Center, to a Clackamas burb or a baronial Lake Oswego residence, there are the clouds, the towering trees, the encroaching vegetation, the sense that – as Ken Kesey once put it – the landscape doesn’t really need you.

All the stories are affecting (each of these nine stories delineate people who are painfully in touch with their feelings yet unable to share those feelings with others), but a standout for me was the overtly comic “Young Bodies,” about an avaricious store clerk who returns to the scene of her crime only to be trapped in the Lloyd Center overnight. Already a double-outsider (her parents are Russian immigrants and she buses into work every day from 135th & Stark), she finds herself turned into a phantom, whose only way to pass the time is to spy on the janitors and security cops.

The collection’s masterpiece is the final story – a novella really – entitled “Train Choir.” This is the piece that Jon Raymond and Kelly Reichardt adapted into the movie Wendy and Lucy , which the Reichardt also directed. As it turns out, the movie sticks amazingly close to its original, except in one key respect.

Spoiler alert: here I must warn you, if you haven’t seen or read the story, do not read on unless you’re willing to have the plotline’s impact blunted for you. K?

For people who were profoundly affected by the movie, as I was, it’s a shock to read Jon Raymond’s story and find that it’s even bleaker than his own adaptation. Whether this is a concession to our need for likeable characters at the movies or what, I don’t know. But there is no redemption in “Train Choir.” Verna (Wendy, in the film) does not tell Lucy she’s coming back for her; almost against her own will, she makes a decision, and seems to know without articulating it that she’s come to a break in her life. There was life before that moment; there will be life, such as it is, after. And it's one of many such breaks that ultimately become a life story, but that doesn’t help Verna at that critical moment.

It’s as existential as a Beckett play, and you understand, as the reader, that while Verna is about to start an entirely new existence, she’s completely shed the old one, and feels none too good about. It’s a somber, despairing note on which to end a book. The other stories don’t do this; hence Mr. Raymond’s parting moments are unsettling indeed, and almost seem to posit another book altogether – a brave new world of diminished expectations.

I just finished “Livability” last night. Your post inspired me to move it to the top of my library book pile, where it had been languishing. I had to consume it in a rush because it’s due this weekend and could not be renewed. I would have preferred to savor it, instead of picking it apart quickly like the suckling pig in the story of that title. It's a beautiful collection.

You posed the perfect book club discussion prompt: “Why is it titled ‘Livability’?” No immediate answer jumped at me; deeper contemplation has yielded no firm response, though I’m leaning toward an ironical interpretation.

“Livability” is one of those terms that is so overused that we stop thinking about what it means. (“Sustainability” is another one). It works best (or makes sense) when accompanied by a qualifier; for instance, in the ubiquitous magazine feature, “Most Livable City” or “Most Livable Place to Retire.” Without the qualifier isn’t a “livable city” simply one in which a person is able to survive? Can you imagine “Portland’s Most Survivable Neighborhoods” running as the cover story in Portland Monthly? One definition of “livable” is this: “Possible to bear; endurable.” I think this is the definition Jon Raymond must be using.

“Livability” rankings are typically oriented toward the well-heeled. While Portland often lands near the top of such lists, it is full of people who have no-heels, people with worn-heels and people who don’t know that they’re about to lose a heel. I ride the bus with them everyday. Like any city, Portland is populated with those who are getting by, living life at its most inglorious. “Livability” captures such lives at moments when the protagonists are making choices, teetering on thresholds of change, or crossing paths with their pasts. Many of the characters are enduring, but it’s not all doom and gloom. For the most part, Raymond leaves room to be both grateful and hopeful. The threshold may cross to better things, even if it means abandoning something.

OK...you & Toy Cannon have me off to Powell's this afternoon & it goes to the top of my pile by my bed. Weny & Lucy had several scenes shot on my block in Kenton. I think as a member of SAG, something should have been worked out for me to have had a bit of work, since it is my block.

MTC, what an incisive observation. Thank you. Upon further thought, I see the title as reflexive, referring simply to the ability to live -- a blessing that's also a curse, in this book. All the main characters in the stories are going to continue to live, sometimes unwillingly or with resistance, in the face of loss or despair or even just an unsettling epiphany that's going to stay with them forever.

I'm glad you admired the stories, MTC, and Stephen, I hope you get a chance to read them soon. You need to leave the rehearsal hall once in a while, you know....!

Mead, you may know that there is an interview with Jon Raymond in the current edition of the Orlo publication, "Bear Deluxe."

BTW, now I can watch "Wendy and Lucy," about which you raved. I suspect I'll be watching it on the small screen with headphones, since my dear wife's heart shatters at most dog stories. Speaking of which, I loved your experience with the dog communicator. Years ago we consulted with such to figure out something up with one of our greyhounds. I don't recall any great epiphanies, but it was a good experience resulting in no regrets. Best of luck with Mac.