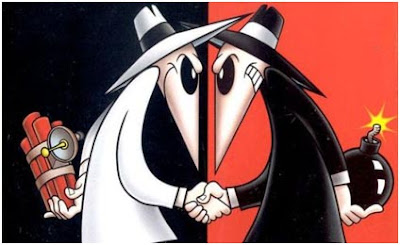 Last week I had the opportunity to address a large group of avid theatergoers. Granted they were all of a certain age, but still I was surprised when they informed me I had rushed through a reference to dramaturgy without defining what it was.

Those of us who spend a lot of time inside theater production tend to take much for granted, true, but it still surprises me that nearly 50 years after the introduction of dramaturgs into American theater, the job description is all but invisible.
Within the island universe of professional dramaturgs, nothing can be taken for granted, including the spelling of the title. Oh, yes. You’ve been going around living your life blissfully unaware that there are annual brouhahas in certain circles about whether there should be an “e” on the end of dramaturg. (The Urban Dictionary even hyphenates the word — drama-turg. Ow.) 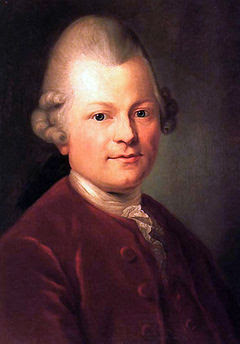 We can trace the term back to Gotthold Ephraim Lessing, the justly celebrated Age of Enlightenment playwright and theorist, who developed a spectrum of dramaturgical duties still in effect today. That’s Gotthold at left — talk about an egghead, eh?? Well, German colleagues tell me “dramaturg” roughly translates to “drama worker,” but the term definitely has broader connotations; to this day the French word for playwright is dramaturge (aha) and the Italian is drammaturgo.

Not that you asked, but the correct American word for a dramaturg is … dramaturg. How come? Because in relatively recent American usage, meaning mid-20th century till now, foreign terms have been brought into the language whole and entire. This is very much not the case with British usage, where the habit of imperialism extends even to everyday words. It is the Brits who have historically expressed contempt for the profession of dramaturgy (even while grudgingly admitting that they have the job all right, they just concede it to the purview of the literary manager -- a perfectly good English expression, thank you so much). And it is also the Brits who took it upon themselves to add a superfluous “e” to the end of “dramaturg,” thereby not only recuperating the term as British (or at least as less Teutonic), altering its very pronunciation whilst at it.

Something about theater folk makes them cling to the antiquarian — insisting on spelling theater theatre, for example, and preserving the word “actress” — and I understand that. But I draw the line at anglicizing imported terms. It’s just plain icky. To use a great American neologism.
Posted by Mead at 5/22/2010 09:29:00 PM

I remember my first confrontation with this word -- at CalArts -- and a mind-boggling time trying to get someone to explain the duties of said job. Funny -- even in this blog, you've only gotten to the definition "drama worker". So, what would you tell that large group of avid theatergoers if someone had been brave enough to raise their hand and ask?

Funny you should ax. After all these years (25 of them working as a dramaturg per se), I still fumble over the question when it comes up unexpectedly. My broadest response is to say that a dramaturg is a literary consultant who specializes in the drafting and execution of performance texts. And that the specific activities associated with this change, to one degree or another, from one endeavor to the next. For instance, work on an original dance performance will differ radically from a "traditional" production of Romeo and Juliet.

And so, Gabrielle, based on your considerable experience since CalArts, is the above a sufficient description? If you had never heard of the job before, would it make sense?

Perhaps my colleagues can be more succinct....

When I describe to a casual questioner my work with a playwright, I sometimes compare it to what a book editor does with an author - serving as first reader/responder, asker of questions, etc.

When I discuss my work on a production of an established play, I sometimes describe it as dividing my brain in half. One half is responsible for being an expert on the text, the world of the piece, and the creators' intentions for this artistic experience. The other half is innocent, responding from the audience member's point of view when that is useful information for the creative team.

I would just add the idea of a mirror. When working with a playwright, my task is to ask questions and listen thoughtfully to the responses, to do my best to understand the playwright's aims and then mirror them back to him or her at key moments. (This is what you said. This is what I see. Do you still mean what you said?) And the rules are pretty simple:
• Show up.
• Ask good questions.
• Listen well.
• Be patient. Be flexible. Be a force for good.
• Pay attention to what has heart and meaning.
• Tell the truth without blame or judgment.
• Be open to outcome, not attached to outcome.