Yep – the above-captioned items are only part of what’s going, right here in Iowa City. At this writing, I’m midway through the Playwrights’ Workshop’s New Play Festival at the University of Iowa. It’s an amazingly broad spectrum of content, style and form, just as you’d expect – and hope. 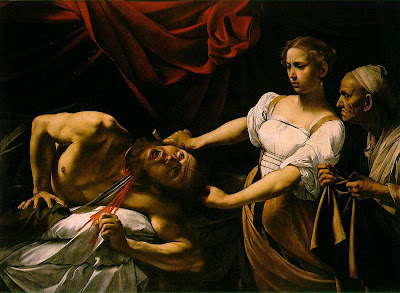 Festivities kicked off with a reading of a new play by Louisa Hill, called Child’s Pose, that uses competitive track, yoga and ballet as indices of generational difference. And a full production of a new play by Tony Meneses entitled Las Hermanas Padilla. Tony’s play was a rare treat, with a cast of 10 (all female), two directors, and a kaleidoscopic story that was almost always in motion, which of course threw the few quiet moments into sharp relief. Focusing on an extended family made up entirely of sisters-in-law, its repeating premise about the war-time deaths of their husbands – deaths whose advents are delivered one by one through carrier pigeons, who drop death on the sisters like inverse paracletes – was poignant without ever being sentimental. The play was suffused with a magic that seemed native to this (unnamed) land: a pregnancy that goes on indefinitely, a stigmata-like wound that provides the sisters with ink.

Sheela Kangal, whom many of you will remember her from TCG days, debuted a remarkable monologue she calls Norm, which explores one character’s identities past and present and yet to come. And Jen Silverman – a writer already making a name for herself at noted developmental from New Georges to Seven Devils -- premiered a disturbing new piece titled Gilgamesh’s Game, about a death cult whose apotheosis is to achieve “terminus.” In this endgame, players started by facing smaller fears (scorpions, leeches, piranhas) and progress until … well, until game over. But what happens when the cult’s originator becomes its first heretic? This stylish, darkly droll play devolves around three characters who each having very different reasons for playing.

By the way, I share the privilege of seeing all this fun new theater with three other “Festival Guests,” as we’re called: the pulchritudinous Carson Kreitzer (whose indelible play Enchantment will be remembered by JAW devotees); the classy and breathtakingly insightful Megan Monaghan; and the absolutely fabulous Beth Blickers, who is America’s answer to Peggy Ramsay. (And I’m the only man, ya.) Stay tuned.
Posted by Mead at 5/05/2010 08:23:00 PM

Email ThisBlogThis!Share to TwitterShare to FacebookShare to Pinterest
Labels: Iowa