The Playwrights Are Revolting! 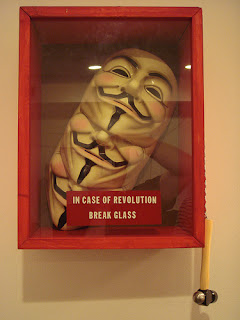 We end 2007 with controversy, miei amici. Which seems about right for a fairly fractious year.

I moderate a playwriting unit that meets every other week to read new work by member writers and to respond to it. The group is a joy to me, because it means I frequently get to hear original work in the crucible of its creation, brought in by brave writers who trust each other enough to show work while it’s still in progress.

Here’s the prob: how best to respond to that work. For four years, the format (as established by me) has been that the writer whose work we’re reading sets up the guidelines for how s/he wants responses. She can ask questions of us along certain lines. He can ask the other writers if they have questions. It’s fine for the playwright to want no response at all, of course. Et cetera. S/he can also invite any and all comments with no filtering at all, which personally I disapprove of, but again it is up to the writer.

Well, suddenly there’s a movement afoot to switch to a no-holds-barred approach to response. And it really disturbs me. I feel it leads to script doctoring of the most reckless kind – even, yes, when people don’t start out meaning to do it. I’ve seen it happen in other groups; the writer seems to be asking for advice, and the next you know you hearing “you should do this” or “I would do that.” And all too often these easily voiced suggestions have nothing to do with the writer’s impetus for writing the script in the first place.

Email ThisBlogThis!Share to TwitterShare to FacebookShare to Pinterest
Labels: what's a writer to do?

Most People Don't Know How to Give Feedback to Writers

It's been my observation that these two different goals sometimes are reachable only by different methods of feedback.

The free-for-all is never my first choice. Unless it is the writer's, and even then, I'll gently challenge her or him on it before loosing the melee.

Every group I've ever been in has guidelines. In my own company we started without guidelines, but quickly put some in place because nothing positive was coming out of it. I can't speak to your specific group dynamics, but I think you're right to be cautious.

Thank you all for your cogent comments. Prince, eerily enough one of the writers in the group I alluded to echoed your thoughts almost exactly.