Get totally FUBARed this Saturday 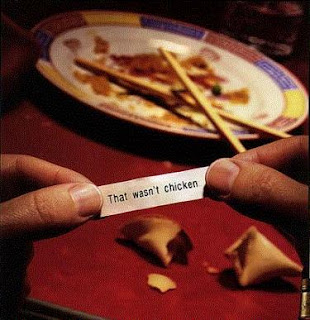 Admission is free, but space is limited; email Megan Ward at meganw@pcs.org
to reserve your seat

Mary lives amid the boxes her abused mother left behind. Her husband David tries desperately hard to stay young and hip. Meanwhile, best-bud Richard is on the road not taken and Sylvia’s along for the ride. But when Mary is the victim of an unprovoked act of violence, it leads them each down different paths of addiction and realization. Four people trying to recognize the people they have become in a time that’s totally F.U.B.A.R.

Karl Gajdusek was born in San Francisco and now lives in San Diego with his wife and son. He writes plays, screenplays and television. He has taught Playwriting at San Francisco’s School of the Arts, UCSD, ISOMATA and The Playwrights’ Center. He has a BA in Literature from Yale University and an MFA in Playwriting from the University of California at San Diego. Karl’s other plays include Fair Game, Silverlake, Minneapolis, Dr.S F.S in the Terminal Ward, Big Sun Setting Fast, The Gilded Garden of Patcheww, Malibu, and Waco, Texas, Mon Amour. Screenplays include Higher, 9 Days Wonder, Widow’s Walk, Reunion, Woderman, The Next Best Thing (not the one with Madonna), and the independent film 58, which he wrote and directed. Story Editor for the Showtime show Dead Like Me. He founded the script publication service Big Sun Publication. He is the recipient of the 1991 Jacob K. Javits fellowship, 1996-97 & 1998-99 Jerome Fellowships, the 1997 McKnight Screenwriting Fellowship, and the 2000 MAG fellowship. When not writing for the theater, Karl spends his time surfing So Cal breaks, writing movies for pro wrestlers, and lovingly changing diapers.

How did it go?

It was AWESOME, MM, thank you for asking after it. There were a number of things that concerned me going in: would people stay with the subtle plotting, and the gaps in narrative that Karl so skillfully places? Would the drug talk be too technical, would the play seem too much of a paean to San Francisco? None of these things were problems. The audience hung on every word. And it was a large audience, double what we typically get -- how come?

Well, whatever the reason, they were well rewarded for their presence -- a superb cast, a remarkable script. The NOIW HEAR THIS crowd has been steadily growing, and what I gather from the email responses is that our guests are counting on us to deliver playscripts they are not going to hear in more conventional venues. They prize sharp dialogue and surprising writing; they're adventurous, and therefore they're a pleasure to program for.

MANY THANKS to generous Karl Gajdusek for letting us play with his fabulous text.