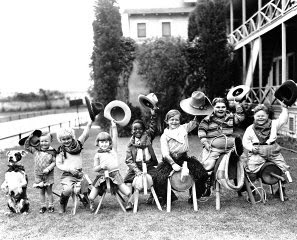 Okay, so what all happened at Fertile Ground, anyway?

Lots. A few highlights for me personally:

Apollo. Yes, full disclosure etc etc, this is a show I’ve been close to for several years now. Of course I love it. But come on, how often do you get to see work of this scope and size and ambition without going to BAM? To be sure, it is long (3 hours, 32 minutes), but this week I ran into several people seeing it for the second time.

Maudee Dear, a new play by Marguerite Scott, part of the “Down and Dirty at 12:30” series of afternoon readings. This was a clever, post-feminist update of Medea, translocated to a trailer home in rural Oregon, which used the tension of our expectations about the familiar myth to propel us forward.

Althea Hukari’s The Orchard, directed by Olga Sanchez and read by an outstanding cast, including the Luisa Sermol and Gray Eubank.

Fin Kennedy’s playwriting Lab, which took place on the Gerding’s main stage with Apollo’s operatic set as a backdrop, followed that night by an interview with him and Rose Riordan on the set of How To Disappear Completely and Never Be Found.

The Playwrights Town Hall meeting, with guest speakers Michael Rohd, Lue Douthit and Gary Garrison, moderated by me. The guests were articulate, compassionate and often wryly funny, but the attendees were the real stars.

A workshop presentation of Krishna’s Folly, written by Eugenia Woods and directed by Megan Ward, about a youthful and unlikely avatar, with an outrageously talented cast: Damon Kupper, Christine Calfas, Paul Glazier and Maureen Porter. (I know!) This was at Hipbone Studio, where we imbibed this wonderful story while breathing in the smell of oil paints, surrounded the work of visual artists and one enormous work created on the spot for the show by a graffiti artist.

And of course Open City, whose eight interlocking tropes me made proud to be a Portlander and well as PlayGroup’s ringleader. 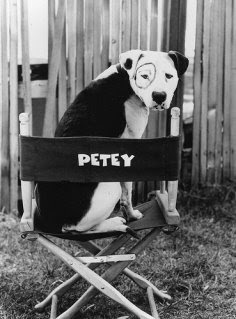 Though I made it to a lot of events, I ended the Festival with a troubling sense of how much I didn’t see. How come? Parochial concerns -- I was minding my own events. Which leads me to wonder if the whole 10-day affair was rather like the old Spanky and Our Gang episode in which so much of the neighborhood comes together to create their “follies” that the only one free to attend the performance is Spanky’s dog, Petey.

The significance of that was lost on the Little Rascals, but not on you, I’m sure. At least for Year One of Fertile Ground, its success can be measured by how much of its own community came together to create it. Playwrights turned into producers; people turned up at the Town Hall meeting identifying themselves as writers, directors and designers that no one had seen before. Ultimately many of us were thunderstruck by what can happen when an entire strata of local culture decides its going to funnel all its energy into a sustained party.

Since the closing party on Monday night, I've been in semi-hibernation. Showing up to work at PCS every day since has felt like vacation. But you know what? I can't wait till next year.
Posted by Mead at 2/06/2009 11:01:00 PM