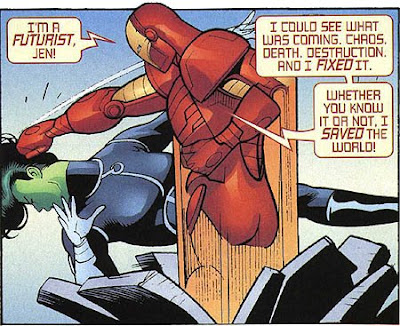 Leave it to the indefatigable and omnipresent Tim DuRoche to pay homage to the 100th anniversary of The Futurist Manifesto – on the actual day, mind you, which was February 20.

My belated observance is surprising considering I owe so much to the scattershot movement founded to celebrate all things moderne. (Well, so do you, but back to ME.) Back when I fancied myself a cool and trendy performance artist in San Francisco’s fecund but brief New Wave era, I kept bumping into an unsettling phenomenon. If I banged around on found objects and called it a concert, the Futurists had already been there. If I “invented” a noise poem, what did I find but that the Futurists had bested me again. And if you thought the 1960s invented the Happening, think again. The Futurists’ gleeful public stunts lacked method, but they had madness aplenty.

As a group, the original Futurists were willfully obnoxious in the extreme – think Animal House with bowler hats instead of togas – and had I lived in the Italy of 1909, I am sure their antics would have worn out their welcome fast. Click on one such manifestation below, if you like, which dates back to 1968.

But 100 years later, their influence is everywhere in ways both wondrous and pernicious. Then fast forward mentally to right now. Where would Facebook and Twitter be without the ethos that a single sentence fragment can be poetry?

Celebrate Futurism’s dubious nativity by re-reading the Marinetti’s famous manifesto, which nowadays, for me, is equal parts felicity and despair. In any case, you can trace the course of much of 20th-century European theater from this moment. As Marinetti said,

Let us leave good sense behind like a hideous husk and let us hurl ourselves, like fruit spiced with pride, into the immense mouth and breast of the world! Let us feed the unknown, not from despair, but simply to enrich the unfathomable reservoirs of the Absurd!

Hmm. Are you sure that fine piece of musical experimentation is the fruit of Futurism or of, well...Windowpane? Either way, it's fun.

Ah. I left out the corollary to my own point, which is that people like the Jefferson Airplane may have been utterly unaware of their debt to the Futurists (as was I, which led to my going back to school, eventually), but the debt is there nevertheless.

What would the original Futurists have done had they had access to Windowplane, one wonders. As one wanders.

You never know. Gracie's pretty smart: combining the Bolero and "Alice in Wonderland" was relatively inspired. And Kantner read a lot of SF; maybe he picked up something by secondary transmission.

Still, I'm chuckling over the thought of the Futurists chasing their hands.