A bit about the philosophy here. It's a scary time right now. We're all worried about money, and let's face it, it wasn't all that rosey for non-profits to start with. So whatteryagonnado. Solutions espoused by some theaters have included seasons fashioned totally out of public domain scripts; mounting only small-cast plays (one- and two-handers); and offering only plays they're sure people have heard of.

But is that going to work? If money's tight, do audiences really wanted to be reminded of that when they get to the theater?

When times are hard, you invest in your product. You remind people of why they wanted to come in the first place. And you reflect the world you're living in by showing that now is the time to pull together, not to fall apart.


We think next season is a good balance of the familiar and the new, the gritty and the comforting. Only one world premiere in this season, but several highly theatrical adaptations of significant works. I'm proud of us. Here's the plays: 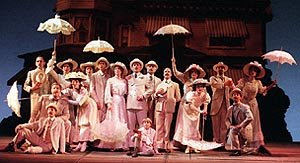 E.L. Doctorow’s sweeping novel comes vividly to life in this Tony Award-winning musical, set in one of America’s most volatile gilded ages—the pre-WWI decades of the 20th century. Against the backdrop of the ragtime craze, disparate lives intertwine: a wealthy family; a poor immigrant and his motherless daughter; a black man named Coalhouse Walker. Historical figures like Harry Houdini, J.P. Morgan and Emma Goldman also inhabit this stirring epic, but it is American popular music that carries the story, including marches, cakewalks and -- of course – ragtime.

One of America’s greatest heroes takes the stage in this powerful new play about Thurgood Marshall, the grandson of a slave who rose from a childhood in the back streets of Baltimore to become our first African-American Supreme Court Justice. Thurgood is an account and a triumph of courage -- not just for one man, but for the nation he bravely challenged and proudly served. Called a “a don’t miss event” by the New York press, Thurgood invites us to meet and, perhaps just a little, understand a man whose life story is a model for what keeps the idea of the American dream alive.

Based on the book by David Guterson, adapted for the stage by Kevin McKeon
(Main Stage)

Northwesterner David Guterson won the PEN/Faulkner Award for Fiction when this novel was published and it quickly went on to become a national best seller and a regional classic. Now adapted for the stage by Seattle’s Book-it Repertory Theatre (the people who brought us Pride and Prejudice), this haunting story takes place in 1954, north of Puget Sound, on an island so isolated that no one who lives there can afford to make enemies. But when Kabuo Miyamoto is charged with murder, the community’s secrets emerge one by one. Gripping and densely atmospheric, Snow Falling on Cedars is a masterpiece of suspense. 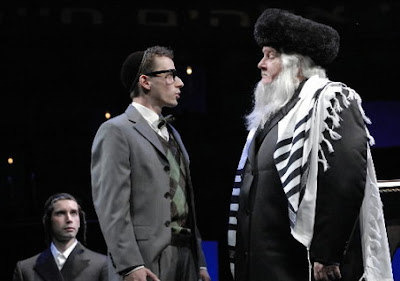 A standing-room-only hit wherever it plays, this award-winning adaptation from the award-winning novel is the coming-of-age story of two boys growing up in two very different Jewish communities—“five blocks and a world apart”—in Williamsburg, Brooklyn, in the 1940s. Reuven Malter and Danny Saunders are intelligent and inquiring young men who form a unique friendship following a heated baseball game between their rival yeshivas. The boys grow to manhood in very different families, and amid the historic debate about the founding of the state of Israel. As they question both their own destinies and the times in which they live, they learn important lessons about each other, their fathers and themselves. This is a story of friendship, family and difficult choices that we must all make on the path to understanding, respect and reconciliation

Newly adapted for the stage and a hit of the 2008 Broadway season, whodunit meets hilarious in this recklessly theatrical riff on Alfred Hitchcock’s cinematic 1935 masterpiece, a hit of the 2008 Broadway season. This blissfully funny story follows the adventures of our handsome hero Richard Hannay, complete with stiff-upper-lip, pencil moustache and British gung-ho attitude, as he encounters dastardly murders, double-crossing secret agents, and, of course, devastatingly beautiful women. A wonderfully inventive and gripping comedy thriller, The 39 Steps features four fearless actors playing 139 roles in an evening of fast-paced fun and thrilling action. 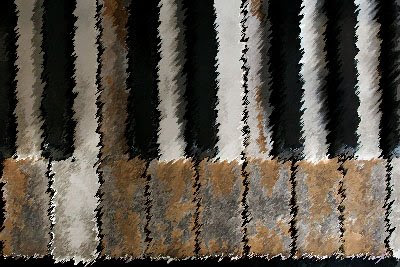 The year is 1911 and, haunted by seven years on a chain gang, Herald Loomis appears in Pittsburgh to reunite his family. Surrounded by the vibrant tenants of a black boarding house, he fights for his soul and his song in the dawning days of a century without slavery. Often called a spiritual mystery, Joe Turner's Come and Gone is part of August Wilson's ten-play Century Cycle, which depicts the African American experience in each decade of the twentieth century. Joe Turner’s Come and Gone originally opened on Broadway in 1988, where it received a Tony Award nomination for Best Play and won that year's New York Drama Critics Circle Award.


The Best So Far (working title)

From one of the hottest team of songwriters in New York (spin some of their most fun credits), comes the premiere of a new musical as saucy, zany and romantic as a carriage ride through Central Park. With a wit and melodic purity reminiscent of Cole Porter or Dorothy Parker, The Best So Far takes a ride through the wilds of modern romantic relationships. Whether the characters are 18 or 80, the terror and thrill of leaping into commitment looms large and keeps them spinning. 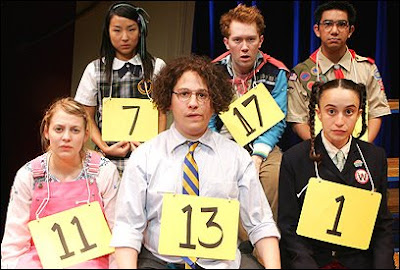 Six kids face off in the battle of their lives. The competition is intense. The words are outrageous. Let the spelling (and the singing) begin! Three adults adjudicate the proceedings: a nostalgic former spelling bee winner, a mildly insane Vice Principal and The Official Comfort Counselor completing his community service to the State of New York. Both tender and sardonic, this hilarious Tony Award-winning musical of overachievers' angst brings you inside the spelling championship to end them all. From the author of Falsettos and A New Brain.

Not part of any subscription package, but subscribers get early ordering privileges

Already a Portland holiday tradition, this original adaptation by PCS’ own Mead Hunter asks the timely and reflective questions: What do you value most? And is it what’s truly important? At the holiday season, renew your answers to these essential questions alongside Tiny Tim, Ebenezer Scrooge and a sleigh full of ghosts and magical creatures as we remount this warm and engaging adaptation of the Dickens classic. In this version, Scrooge’s nephew Fred stands in for the spirit of the season, expressing what we all love about the story when he says to Scrooge; “[This] is a good time: a kind, forgiving, charitable, pleasant time: the only time I know of, in the long calendar of the year, when men and women seem by one consent to open their shut-up hearts freely.”

The woman at Macy's asked, "Would you be interested in full-time or evening and weekend elf?"
I said, "Full-time elf." I have an appointment next Wednesday at noon.

Based on the outlandish, and true, chronicles of David Sedaris’ experience as Crumpet the Elf in Macy’s Santaland display, this hilarious cult classic features comic encounters during the height of the holiday crunch. NPR humorist and best-selling author of When You Are Engulfed in Flames, Me Talk Pretty One Day and Dress Your Family in Corduroy and Denim, David Sedaris has become one of America’s pre-eminent humor writers. PCS brings a holiday favorite back to Portland as a special Studio Theater presentation.

“Priceless observations, both outrageous and subtle. Destined to hold a place in the annals of American humor writing.” –New York Times 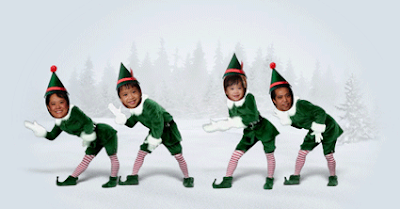 Email ThisBlogThis!Share to TwitterShare to FacebookShare to Pinterest
Labels: PCS at The Armory

That does look like a fun season. I'm excited about the Spelling Bee, the premiere...and A Christmas Carol adapted by Mead Hunter!