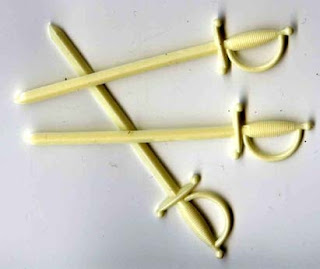 Literary managers everywhere, let us congratulate ourselves. We’ve landed at last. After years of being considered too minor to merit mention at all, in recent months LitMen & Women have made the lists of those currently considered blameworthy for the state of the American theater.

The latest jeremiad comes from today’s New York Times – in the Letters column of the curiously named Arts & Leisure section. A playwright inveighing against the success of August: Osage County opines:

I do not think it is only the writers who, as Mr. Letts says, are at fault for a “lack of bravery,” but it is also the lack of vision of artistic directors and literary managers across the country who are conforming to the basest levels of mediocrity in our culture. And they come up seasonal mush, theater that is far from provocative and for which the audience does not have to think.

Wouldn’t it be grand to wield the power this writer ascribes to Literary Departments? If only, if only… Well, he jumps on a popular bandwagon. Pundits from Richard Nelson to Mike Daisey are pointing the finger at literary managers these days. Not to mention that critic from Atlanta who claimed a local playwright’s popularity was the creation of a dramaturgy cartel!

The charges could actually seem sort of … sweet. Were they were not so risible. And ungrateful. You have to wonder where many a writer would be today without the assiduous promotion of the wee little literary folk. Personally? I’ve lobbied for both the above-mentioned writers frequently in the past, sometimes successfully and sometimes not.

"Pundits from Richard Nelson to Mike Daisey are pointing the finger at literary managers these days."

Mead, I am not part of this group. I believe we've spoken about this in email, and that I clarified any misconceptions you may have had, but as that didn't seem to work I'd like to publicly state that I'm currently taking no positions on literary managers specifically--I'm deeply concerned about many elements of institutionalized American theater, which may at times touch on literary management, but that's the long and short of it.

Misconception? This is your published position:

"Not everyone lost out with the removal of artists from the [theater] premises ... Literary departments have blossomed over the last few decades, despite massive declines in the production of new work."

Mike, I agree with much of what you have to say about theater's current condition, but you are wrong to vilify overworked and underpaid literary managers. The fact is that literary departments have DECLINED -- drastically -- and that decline corresponds directly to the dearth of new work.

Honestly, I blame...the sound ops. It's all the sound ops fault. They just cleverly disguise their guilt by wearing headphones and muttering to themselves as they hunch over laptops.

I'm friends with the literary manager of a midsize regional theater. Said lit. mgr. regularly advocates for plays, one of which usually ends up on the theater's four-play season every year.

But the real reason I am commenting is because I would pay top dollar to see Mead Hunter and Mike Daisey in a fist fight.

I would SO win, because I'm not embarrassed to kick, scratch and spit whenever free food is in the offing. But then I expect Mike plays dirty, too.....

And I might as well add that I happen to like Mike personally, and I admire what he does. He doesn't have a campaign against literary managers and the allied "helping" professions, and probably neither do the others I mention. But careless, specious comments do damage. It wasn't so many years ago that there was a veritable VOGUE in this country to help balance budgets by lopping off literary "departments" (frequently one-person affairs anyway, but hey, penny-wise and pound-foolish, eh).

You can graph a parallel line between that action and how many new plays get produced at such reckless institutions. My point is just that the casual disregard I've seen on the ascendancy in print and other media only supports the notion that literary managers are costly luxuries. As a former boss of mine once put it, "why are you doing outreach? those playwrights should just come to us."

I think I would read the criticism differently if it were more along the lines of, "The system is broken, but literary managers and artistic directors have the opportunity to rally for change."

But the arguments come across as an inflammatory turd of a statement with a pointing finger and a loud, "Fuck you!" attached.

But therein lies the problem. While the critics believe that their flaming shits are bold, or provocative, they often aren't. I'll probably be told "Fuck you!" a billion times in my lifetime. Its acridity is lost on me.

The other statement, while vanilla and boring on a superficial level, has the capacity to inspire me to be an agent of change. It opens up a dialogue.

However, the most effective criticism is probably somewhere between these two. I believe there is validity to both statements. As a champion of playwrights, I believe that I should be standing up and rallying for a more tenacious critique from these writers. And I am driven by the fact that I know they can do better.

Mead, we've already spoken about this. The quote you're quoting is from an essay written in an alt-weekly in Seattle. It's one sentence of a much longer essay, which in turn is much smaller than my monologue.

Further, even if we accept that this one sentence constitutes some kind of vendetta against literary manager, there's little support in what it says: it simply says that literary departments have grown over the last few decades while the percentage of work that's done which is new work has declined.

You've written me to disagree with this, which is great, and I'd love to see some solid numbers supporting this--as I said last time this came up, this is not the center of my argument, and it's certainly possible I'm mistaken.

But in neither scenario am I some "pundit" on this particular issue, and thinking I believe literary managers are responsible for the whole state of American theater is absurd. I am officially and forcefully stating (AGAIN) that I am not taking a position on literary management at this time.

Yes, we have spoken about this before, and as I've said before, I hear what you're saying. You are not listening to me, however. Casual, categorical statements contribute to an adversarial atmosphere in which people like me are characterized as The Problem, instead of working very hard to be part of the solution, as lit managers ought to be. You don't want to acknowledge that, I and I believe I understand why. But it still discourages me.

I appreciate your affirming you don't hold any personal rancor for an entire category of theater workers, and actually I never thought you had a "vendetta." Even so. You can tell the whole blogosphere you were kidding or that you didn't have enough information at the time or whatever -- the statement's there forever on the virtual astral plane.

"You are not listening to me, however."

"Casual, categorical statements contribute to an adversarial atmosphere in which people like me are characterized as The Problem, instead of working very hard to be part of the solution, as lit managers ought to be."

If my sentence has done anything like that, then I'm truly sorry for it.

"You don't want to acknowledge that, and I believe I understand why."

Mead, I'm publicly speaking with you about this here, and at my site. If I "didn't want to acknowledge" something, I'd ignore it.

I've been clear that I may be wrong about the relationship between the growth of literary departments over the last 30 years in ratio with the number of new plays being produced, though no one is coming forward with any data--this conversation has encouraged me to go and factcheck.